Dubai luxury developer Nakheel PJSC on Sunday unveiled plans for a tower that will stand a full kilometer (3,280 feet) in height, beating the world record that’s already held by the booming city-state. 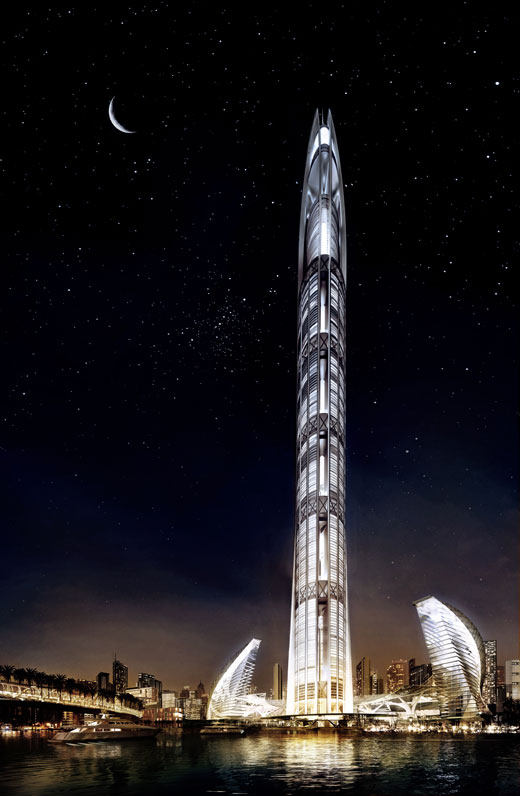 Sultan Ahmed Bin Sulayem, chairman of Dubai World, a holding company that holds a stake in Nakheel, said the project would be “one of a kind,” the Emirati news agency WAM reported.

Located along the southern coast of the Persian Gulf on the Arabian Peninsula, Dubai is one of the seven emirates and is the most populous city of the United Arab Emirates (UAE).

The new tower project is actually part of an entire town development – known as the Nakheel Harbour & Tower project – that will cover 665 acres, and that will include “a tower which could reach one kilometer in height,” Sulayem said when the announcement was made. The multibillion-dollar development will be home to more than 55,000 people and will serve as the workplace for another 45,000. The target date for completion is 2020.

“There is nothing like it in Dubai,” Sulayem said. “Nakheel Harbour & Tower is located in the heart of 'new Dubai', where we have focused on creating a true community, a location for living, working, relaxing and entertaining, for art and culture. All of this is concentrated in one area."

The world's tallest building – the yet-to-be-completed Burj Dubai tower reached a height of 2,257 feet (688 meters) at the start of September and is still growing, according to developers Emaar Properties PJSC. It now boasts 160 stories, the highest skyscraper in the world, Emaar said. Construction began on Sept. 21, 2004 and is expected to be completed and ready for occupation in September 2009.

The total budget for the Burj Dubai project is about $4.1 billion. The tower is part of a development known as the new “Downtown Dubai,” a development that’s estimated to cost $20 billion.

Nakheel is best known for constructing man-made islands that, when finished, will add more than 600 miles of coastline to Dubai. The first island, shaped like a palm tree and called Palm Jumeirah, will be home to private villas, mansions, luxury apartment towers, and a 60-story Trump hotel. Nakheel is also constructing two other palm-shaped islands, a 300-island archipelago called The World (shaped to mimic the continents), and more than a dozen other large-scale developments across Dubai. All of these developments are being populated with hotels, restaurants, and shopping malls that it will also manage.