Weeds are hardly my favorite flora. My hay fever doesn't like them and neither does my lawn. But a flax called camelina - needing little nitrogen and water - may just be the first big winner in renewable biofuels.

It is going to provide investors with a whole new way to play the renewable energy market. And its impact will be, quite literally, up in the air.

Anybody who flies has been feeling the pinch of exploding ticket prices. Having jetted over a quarter of a million miles in the last 18 months, I can attest to the connection between rising fuel prices and ticket hikes. And without a major change in how we source jet fuel, this problem will simply get worse - especially with ridership slowly returning as the crisis bottoms out.

Jet fuel is already imported in greater volume, and the refineries that can provide it reliably worldwide are limited. That's because refining puts jet fuel (which is really high-level kerosene) among the so-called "middle distillates" - along with diesel and low-sulfur heating oil. But prioritizing the need for high-octane gasoline ("light distillates") has taken up more of the available refinery capacity.

They're producing less diesel and jet fuel than the market requires, pushing up the price.
And jet biofuel may be an answer. 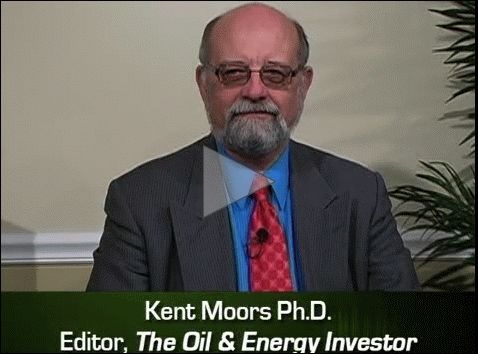 "Weed Power" is Already in the Fuel Stream

Full production will be phased in over the next two years, but the product is already moving into the fuel stream.

On the surface, there's just one problem for investors: AltAir is privately held. (That is likely to change soon, however, as the company will certainly require additional working capital to rev up production).

Dig a little deeper, though, and you'll find that you can still profit from AltAir before it goes public.

The Companies Making It Happen

First, the AltAir plant will produce its jet biofuel at a refinery located in Anacortes, Wash. It will blend with conventional production from the refinery to yield what is called a "hydrotreated" renewable jet fuel. And the refinery is operated by Tesoro Corp. (NYSE: TSO) - the initial investment move in advance of full biofuel production.

Third, AltAir has teamed up with Sustainable Oils to source camelina.

Sustainable Oils is the largest camelina research-and-production network in North America. It has contracts with hundreds of farmers and cooperatives throughout the United States. One of its two partners is Green Earth Fuels LLC (GEF). GEF, in turn, includes Goldman Sachs Group Inc. (NYSE: GS) among its majority owners, as well as the heavy-hitting international mover, The Carlyle Group LP.

Targeted Growth Inc. (TGI), the other partner, has as owners some of the leading investment funds in alternative energy - AllianceBernstein, Capricorn Investment Group, GrowthWorks, the Skoll Foundation and Victoria Park Capital.

Recognize that in this rapidly developing jet-biofuel market, the initial providers will quickly increase production. AltAir already benefits from an alliance with well-capitalized companies and investment funds. As this market expands, Sustainable Oils, GEF and TGI will join AltAir in going public.

With another provider, experience with one alternative source is producing movement into renewables.

Rentech Inc. (AMEX: RTK) is already on the map with synthetic-jet-fuel production from coal. At least 250 million gallons of fuel is expected a year from its proposed Adams County, Miss. plant. AirTran Airlines (NYSE: AAI) has just inked a contract for that production, while Denbury Resources Inc. (NYSE: DNR) will build a pipeline for the captured carbon dioxide, and will use it to enhance production at otherwise unrecoverable oil reserves.

Last week, Rentech announced it is developing an energy-production facility in Rialto, Calif., to produce renewable fuels and electricity from green waste. The company already has a multi-airline contract in place to provide the fuel at Los Angeles International Airport beginning in late 2012, when the plant is scheduled to go into service.

And more companies are entering the market.

On Jan. 7, Calif.-based BioJet Corp. and Great Plains Oil & Exploration from Cincinnati, Ohio, announced plans to enter the camelina-renewable jet fuel surge.
BioJet has experience in developing fuel from jatropha, a plant Goldman Sachs Group Inc. (NYSE: GS) recently labeled as a prime candidate for biofuel development. And Great Plains has been a pioneer in camelina oil production. Both BioJet and Great Plains are privately held, but are also likely candidates for a share offering.

There's no doubt about it. This market will be a dynamic one. Now, if I could just figure out how to use the stuff growing on my lawn...

[Editor's Note: Speculators in New York won't be calling the shots anymore. Not in oil, anyway. The way we price it. The places we trade it. The companies that stand to profit most... It's all about to change. And in a Money Morning exclusive Web eventMonday (Feb. 8) at 4 p.m., Dr. Kent Moors will show you why - as well as where to put your money as oil climbs above $200 a barrel. This is a FREE event for Money Morning readers. Just register here to watch "The 5 Energy Shocks of 2010."]

Good comments, and ahead of the learning curve, too! This has "gotta happen" not just for our economy but because the so-called "third world" is continually upping its demand for fuels notwithstanding the crunch this causes on the more developed nations/economies.

Wish you would have included Rentech's web address in your company listing.

It is likely that bio fuels may rule the energy industry, out of compulsion and emission considerations not too far away . Bio fuels may easily replace home energy market.The added advantage of bio fuels in domestic sector is lower Green House Gas emissions, lower cost and the value added bio mass which is an excellent natural manure for the crops. Similarly if synthetic fuels from organic matter and coal is developed, there may not be many takers for the crude oil. It is technology transition that may revolutionize the energy industry.

Have you heartd about plans in the middle east to refine used deep frying oil collected from restaurants? The diesel will be used to power construction vehicles.

Ultimately algae will be grown in tanks right next to the refineries instead of using valuable crop land. Companies with advanced algae growing and processing technologies will be long term winners.

This is great information, and its nice to see these experiments getting underway. No doubt this niche jet fuel is big business but still a minor percentage of the mass transportation fuels market. Even so, I wonder if the good Doctor could point us to articles that compare these alternative approaches using estimates in scalable units like boe, and the amounts of acreage, water. and energy required to make a barrel of this or that biofuel approach? I hope guys like Craig Ventner can make algae work, and that it can be responsibly produced, but I am otherwise skeptical when I haven't seen or heard the "economic impact comparison study" to defend all of these approaches. Does the weed's energy output benefit from: watering, special fertilizers, rich soil? If so how much cropland will go towards growing weeds?
Corn based energy seemed like a good idea at the time, but obviously it is flawed.

In considering the overall alternative energy markets, I'm sure a great deal of our taxpayer dollars will be squandered in benefiting those with political connections and for other reasons, but ultimately successful solutions need to be economically viable as well as enviornmentally sound when scaled. If this funding is run like most gov. programs, it will take 5-10 years to
"realize" what works.

Biofuels are very interesting to me , have been involved with Miscanthus in UK and general usesage of wood ,dust ,chip,pellets and log.
Have some 40 years knowledge of dealing witht the agricultural market,farmers etc,etc.
If this Camelina will grow in temparate climates please give me the background to this proposal.

We can handle this in UK .
Sincerely. Clive Christian

Syntroleum has been around many years, yet not managed more than token profits. Many technology companies are more useful to society, than to their investors. Energy Conversion Devices is a prime example.

Bioefuels landscape is littered with wreckage of once-promising tech. Having seen more than one "investment" go under, I speak from experience. While the chance for reward is great, the risks can be greater.

As to Camelina, see for example: http://www.reeis.usda.gov/web/crisprojectpages/203181.html

Jatropha doesn't look so promising. Read the Wikipedia link, and the numerous articles linked in it. Many are saying the plant is indeed a great producer, but to do that needs LOTS of water and fertilizer, both scarce and expensive for the huge crops needed. Also would compete with food crops since the many experiments on marginal lands so far are considered failures due to low yield. Be careful what you invest in!