Last week, the Environmental Protection Agency (EPA) released a new series of proposals concerning the capture of emissions that are currently being released into the atmosphere during oil and gas drilling.

These emissions increase pollution and run the likelihood of creating a greater danger for the incidence of cancer.

The problem is hardly a new one.

Environmentalists have long argued that increasing the volume of drilling in a given location disproportionately raises the emission levels. The pollution effects tend to increase beyond a simple arithmetical aggregate of individual well results.

There is, in other words, a "triggering" effect on environmental dangers.

This is of concern in both oil and gas production, but the particular concern these days results from the development of shale gas sites. There, the combination of hydro-fracking and horizontal drilling has resulted in a greater concentration of drilling locations per pad, while frac fluid introduces a wide variety of chemicals into the process.

That has drawn the interest of the EPA.

In its statement on releasing the proposals, the EPA noted that several states have similar standards in their regulations of the industry.

The EPA further proposes that the costs of the new regulations be recovered by companies that use existing technologies to capture – and then sell – the natural gas that is now escaping in the drilling process. It puts that savings to the companies at no less than $30 million a year.

Most major companies that have reacted since the announcement are taking the new regulations in stride.

Several have noted that they already comply with the standards – especially companies in those states where they are currently incorporated into state regulatory approaches.

The problems will emerge for very small drilling operations whose profitability is already narrow, given the declining price of natural gas.

Larger operations have the advantage of hedging prices by trading gas futures and options. Smaller companies have less leverage in so doing, usually because they cannot benefit from offsetting significant volumes produced from geographically distinct basins.

I expect these new EPA regulations – while not the sole cause – will be a contributing element in stimulating the already-heated mergers and acquisitions (M&A) market in natural gas. The necessary consolidation of operations has accelerated this M&A action, with smaller companies having choice acreage at the top of the acquisition list even before the EPA move.

The big boys will be getting bigger. And farm-in opportunities at existing operations now run by smaller companies are likely to further support the consolidation of asset control. 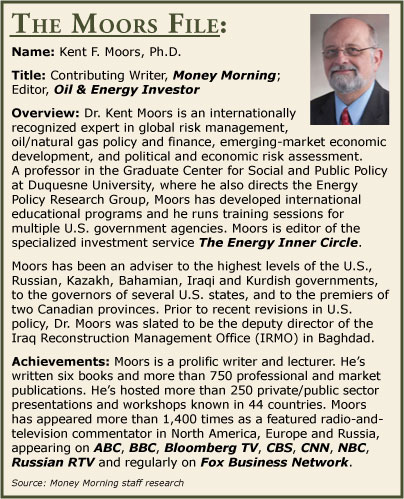 All of this is one more aspect to watch in selecting the best moves to make in a sector that's rapidly shaking out anyway, as we reach an end to an oppressive heat wave and the prospect of even greater amounts of extractable gas volume moving forward.

The second interesting development, for us as investors, involves the technological advances required by regulations like these.

The EPA is correct in saying that currently available approaches are enough to meet the standards. Yet there is still no clear idea of whether the regulations will prove sufficient as the well volume increases.

And as requirements to control air emissions increase, not even the estimated $30 million a year from capturing gas will be insufficient to offset the costs for new equipment.

That means an entire age of opportunity is about to emerge for what American entrepreneurs are particularly good at – designing remedies for problems once they are focused upon, while increasing efficiency and profitability in the process.

Could mean some incredible new profit opportunities for us, too.

[Bio Note: Dr. Kent Moors is an expert in global energy – specifically natural gas. He's a regular contributor to Money Morning and the editor of "The Oil & Energy Investor."

Dr. Moors has been smuggled in and out of Cold War Russia and trudged through the frozen tundra of arctic oil fields. Now he's investigating a seismic shift that's underway in the energy market – a shift that could deliver 11,100% growth to a single natural gas company.

You can look for more information on that company to come later this week. You can also sign up for the Energy Advantage, Dr. Moors' energy-sector advisory service by clicking here.]

This is how you get rid of the little guy. Just regulate them out. They did the same thing in the coal industry years ago. Corruption at it's finest!!

EPA is totally out of control and with their wild demands and absurd and unscientific regulations they will destroy what little is left of the economy. EPA is at top of a list of many federal ageincies that need to be abolished and shut down! We have a sort of "junior EPA" here in California and everyone knows how bad our economy is doing. This junior epa known as CARB wants a cap and trade scheme which will cost thousands of jobs and billions of dollars.

You're not going to have to worry about an economy, because you're not going to have a country left to have one. After these gas-fracking idiots get done, states all across the country will be a toxic wasteland. And I won't even get into the billions of gallons of radioactive toxic chemical waste that's being dumped right into the very rivers and streams that supply drinking water to people all across the country. In Texas, the politicians were forging EPA reports of high levels of radiation in people's drinking water for years. Now people have cancer. You know Republicans, profits first, you and your children can go to hell. You don't even need this country destroying slop. You've got technology out now that's cheaper than coal, gas & nuclear, and it's clean as a whistle. Go look up Rossi's energy catalyzer. There's even engine tech which could be getting us 100 to 150 mpg. The engine won NASA's competition years ago. But the oil cronies don't want people getting mileage that high. The Russian's came to look at the guys tech and stole it. Now the richest man in Russia has the engine going in a line of cars to be produced in 2012. Our best inventors are hung out to dry because the Corp. owns our Govt. Welcome to the fascist states America..

It is questionable that the GOP has loquaciously attacked the Democrats, the EPA, and more emphatically, the President about environmental regulations. Yes we have an economy that, in some respects, is over regulated but to propulgate the excision of any environmental standards is not only anarchronistic, but also ridculous. Come on! The Obama Administration has been willing to scale back the unattainable expectations of the EPA and has postponed the deadlines for certain deadlines. It is inadvisable for us to extract any common sense ordinance for environmental responsibility in the name of economic growth.