The world watched in awe as American swimmer Michael Phelps became the most decorated Olympian of all time.

I've read he's been training in the pool for an average of 6 hours a day, 6 days per week, which equates to about 30,000 hours since age 13 and about 10,000 calories burned during a training day. It's inspiring to see the incredible results of his tremendous sacrifice and commitment.

Investing in global markets requires the same sort of stamina, especially at times like this week, when the month's reading on the manufacturing industry was not encouraging. The J.P. Morgan Global Manufacturing PMI of 48.4 for July was the lowest since June 2009.

However, I believe there are encouraging pockets of strength to energize and inspire investors.

For example, we're coming up on the anniversary of the first stimulus move that kicked off the global easing cycle.

On August 31, 2011, Brazil unexpectedly cut rates by 50 basis points, and since then, ISI says 228 stimulative monetary and fiscal policy moves have been initiated across several countries, including the Philippines, China, France, and Colombia.

In June and July alone, there were nearly 70 moves-the most since the world began this massive easing.

Even with these moves, it still takes several months for the stimulative measures to take effect and work their way through.

But while the world wades in the shallow end of the pool waiting for the economy to warm up, Asia has taken a deep dive into the energy space as they've recently announced acquisitions of Canadian resources companies.

In my presentations, I've discussed how resources companies have significantly underperformed their underlying commodities.

During 2009 and most of 2010, the performance between oil and the S&P 500 Oil & Gas Exploration and Production Index was closely correlated. By the middle of 2011, oil and oil stocks started to separate, with crude continuing to rise while stocks deteriorated. Even with the recent drop in oil prices, oil stocks have continued to lag. 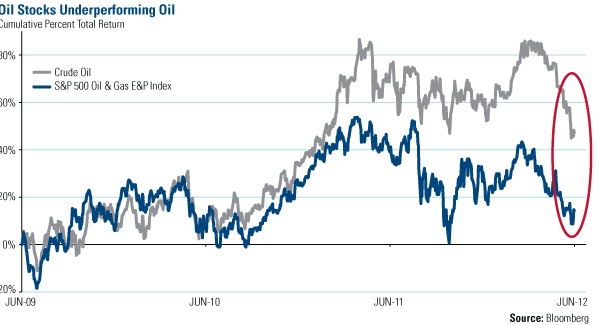 I've also discussed the strikingly similar trend occurring between gold and gold stocks. There's been a spectacular pop in gold stocks recently, but it hasn't been enough to catch up to gold's performance. 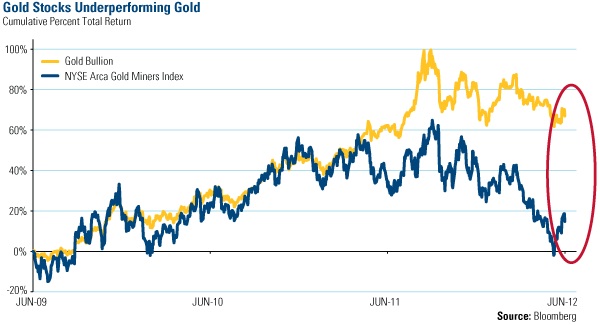 The disparities mean that the cheapest resources are not found in the ground-they're listed, and it's been confirmed by recent energy company acquisitions.

Chinese oil company CNOOC put in a bid of $15 billion to purchase Canada's Nexen. This was at a 61 percent premium to Nexen's share price on July 20, according to Bloomberg. As you can see below, not only did the takeout announcement close the gap, now the company is outperforming the price of oil. 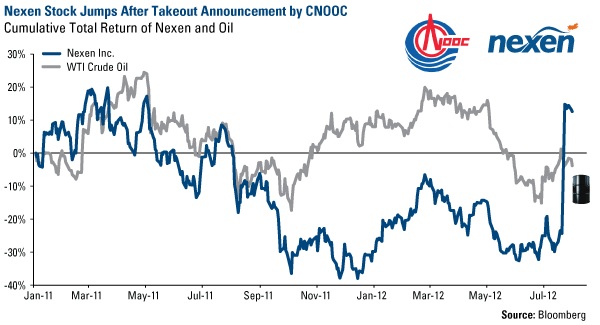 If CNOOC's deal is approved, the state-run oil giant gets even bigger, gaining access to significant energy stores in several areas of the world, including Canada, the Gulf of Mexico, Colombia and West Africa, as shown below. 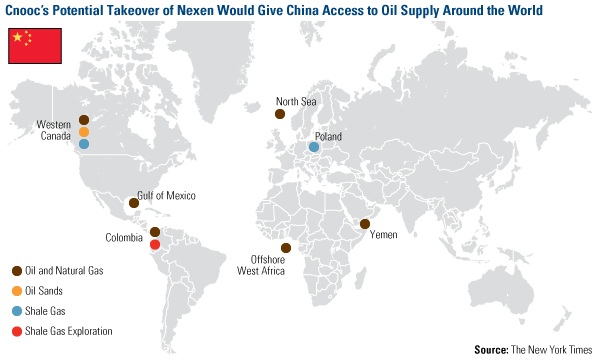 With a rapidly growing middle class and rising urbanization, Chinese leaders know they need to fill their country's tremendous energy demands and are continually finding innovative ways to keep their country powered.

CNOOC's acquisition is one way China continues to acquire not only the resources needed to power the country, but also the technological innovations that come from countries with free markets and lower barriers to entry.

According to The New York Times, China "has been garnering advanced production technologies to better draw oil and gas from nontraditional areas like deepwater fields and hardened rock formations."

The other announcement came from Malaysia's state-owned and natural-gas giant Petronas, which will purchase Canada's Progress Energy Resources Corp.

Petronas is one of the largest producers and shippers of supercooled LNG fuel in the world. According to the Vancouver Sun, the company is "anxious to increase its market share in Asia, where analysts expect demand to surge 75 percent by the end of the decade."

Are You Ready to be a Buyer like Asia?

If you're contrarian investor, there may be an additional reason to jump into the market today.

According to research from J.P. Morgan, institutional investors have become extremely negative, as hedge funds "essentially short the market," meaning that their expectation is that stocks will fall.

J.P. Morgan looked at the rolling 21-day beta of macro fund returns compared to the S&P 500 Index returns and found that the ratio is at an extreme level of -0.26.

These signs the market is sending out make it an especially attractive time to "mine" for investment opportunity.

In July, we began to see energy stocks and oil get recharged, as the energy sector in the S&P 500 was the second best performer, increasing 4.17 percent and crude oil rose 3.68 percent.

Unlike the start of an Olympic race, in investing, there isn't a signal sounded to let you know when to dive off the starting block into the markets.

Just make sure your portfolio is poised to participate in the race for resources.