February 2013 - Money Morning - Only the News You Can Profit From

The wave of deal-making on Wall Street hasn't extended to retail yet. But that's about to change.

That's because retailers make for great M&A candidates – which also makes for some stocks to buy now ahead of this takeover trend.

Takeovers provide chances for companies to cross-sell products and negotiate better with landlords and suppliers. Plus, retailers face low regulatory barriers to deals.

That's why major retailers are among a list of 71 companies Morningstar says are some of the most likely takeover targets this year.

"We think 2013 will bring an uptick of deal activity," said R.J. Hottovy, director of global consumer equity research for Morningstar. "There's no shortage of companies with available capital on their balance sheets and high operating margins, fewer organic growth opportunities and candidates with attractive valuations."

Groupon CEO Andrew Mason was ousted by the company after a horrible earnings report and steep drive in stock price.

The Groupon stock price tumbled 26% in after-hours trading Wednesday following the release of a dismal fourth-quarter earnings report, and then plunged another 24% today (Thursday).

It was announced Thursday after market close that Eric Lefkofsky and Vice Chairman Ted Leonsis have been appointed to the newly created Office of the Chief Executive, effective immediately, replacing Andrew Mason. Lefkofsky and Leonsis will serve in this role on an interim basis.

"On behalf of the entire Groupon Board, I want to thank Andrew for his leadership, his creativity and his deep loyalty to Groupon. As a founder, Andrew helped invent the daily deals space, leading Groupon to become one of the fastest growing companies in history," said Lefkofsky.

The Board will start a search for a new Chief Executive.

The mounting misery at Groupon had left many questioning Mason's fate before the announcement.

Last year, the company's board mulled replacing him. The latest results and lackluster outlook sealed the deal for Mason at the Chicago-based company.

In recent years, global gold production has been at or near record levels. The plentiful supplies have led gold bears to argue that the yellow metal's decade-long bull run will end.

But gold bears are dead wrong.

In fact, the 'glory days' of gold production may be ending soon.

That's because some industry experts are beginning to point to a gold "production cliff' that is looming not far in the future.

And this coming decline in production can mean only one thing: higher gold prices.

Though we've come to expect no better from our leaders in Washington, the sequestration lies rank among the most blatant whoppers ever to come out of the nation's capital.

Sequestration, of course, is the $85 billion in across-the-board spending cuts scheduled to go into effect at midnight Friday.

Instead of working together to come up with an alternative to replace the sequester, Republicans and Democrats have spent the past several weeks playing a maddening game of political chicken.

Both parties were counting on the fear of sequestration to force the other to cave before it happened.

Toward that end, leaders of both sides have tried to sway public opinion with exaggerations, obfuscations and outright lies.

Yes, business as usual in Washington, but an affront to U.S. citizens nonetheless.

Here are some of the biggest sequestration lies.

When Ben Bernanke testified before Congress Tuesday and Wednesday, he staunchly defended his easy- money policies like quantitative easing, or "QE Forever."

"We do not see the potential costs of the increased risk-taking in some financial markets as outweighing the benefits of promoting a stronger economic recovery," the Federal Reserve chairman said.

He maintained that the bank's accommodative monetary policy has "supported real growth in employment and kept inflation close to our target [2%]."

But some Fed officials are growing concerned about quantitative easing – the Fed's purchases of $85 billion in securities a month – and believe it would be prudent to slow or stop the buying well before the end of 2013. Esther George, president of the Federal Reserve Bank of Kansas City, is one of the biggest hawks in the Federal Open Market Committee (FOMC) this year, citing unease about economic stability and inflation.

"While I share the objectives [of the FOMC]," George said in a Feb. 12 speech at the University of Nebraska Omaha, "I dissented because of possible risks and the possible costs of these policies exceeding their benefits…While I have agreed with keeping rates low to support this recovery, I know keeping interest rates near zero has its own consequences."

Despite the increasingly anxious sentiment, as long as Bernanke remains at the helm, QE Forever will be the policy. Here's why.

Since legendary investor Warren Buffett took a liking to solar this year, investors have been wondering if it's time to revisit this beleaguered industry when looking for stocks to buy in 2013.

The solar sector has endured a beatdown for about two years, with massive oversupply of solar panels and unfavorable publicity combining to keep solar stocks down.

MidAmerican announced a $2 billion to $2.5 billion deal to buy two California solar power projects from SunPower Corp. (Nasdaq: SPWR). MidAmerican also agreed in January to invest in what will be the world's largest solar photovoltaic operation, which is partly owned by First Solar Inc. (Nasdaq: FSLR).

Many solar stocks and solar ETFs, including Market Vectors Solar Energy (NYSE: KWT) and Claymore/MAC Global Solar Index (NYSE: TAN), have soared on the MidAmerican news. They're both up about 17% this year.

Does this mean investors should follow Buffett into solar stocks? Here's a look at the sector.

It's called graphene, and it's known as a "miracle material" that will change the world. 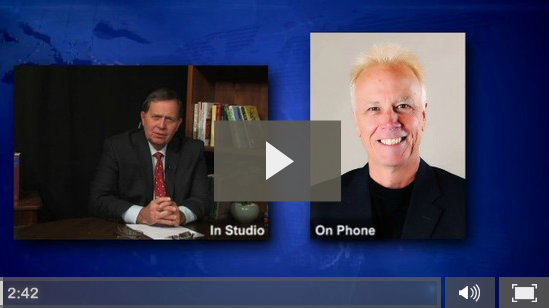 In fact, our technology specialist Michael A. Robinson says it's the "biggest breakthrough in materials science in quite some time."

Robinson said this material is rocking the science world as researchers around the globe scramble to develop graphene-based products. The possibilities of how graphene could be used are endless – and the discoveries these scientists have already made are astonishing.

In fact, Robinson put together this video explaining exactly why graphene is such a big deal.

When investing in gold, I often say diverse opinions promote critical thinking and a healthy market. I believe elevated groups of buyers and sellers create a competitive tug-of-war in the bid and ask price of the precious metal.

The Fear Trade fled the sector following the Federal Reserve's meeting that revealed a growing dissension among some of its members over the central bank's bond-buying program.

Despite the discord, the Fed is continuing its course to purchase $85 billion of bonds every month and keep interest rates near zero. Ben Bernanke's plan bloating the balance sheet to more than $3 trillion has been keeping the Fear Trade coming back for more metal.

Four days after the Italian elections only one thing is clear: A majority of Italian voters have rejected austerity.

The problem is their victory came up short by the slimmest of margins.

0.36%. That's the difference between a firm new government that could move Italy out of the Eurozone and the constitutional logjam Italian voters woke up to the next day.

As it is, they could roll the dice on a new election, but that could also make matters worse.

Since Italy's a big country with a chunky economy, that's likely bad news for us all.