The explosion of the student loan bubble could lead to the next financial crisis in the United States, says a new federal report -which highlights the growing problem in these alarming new charts.

As of 2012, about $1 trillion was tied up in student loans - more than the total amount of credit card debt in the nation, the report by the Federal Reserve Bank of New York said.

The majority of the student loans are backed by the federal government, which means the public bears most of the risk associated with student loans.

And those loans are looking riskier by the day.

No longer does a bachelor's degree guarantee a secure job, enough income to buy a house or the opportunity to advance in a career.

These days, a degree is often associated with debt, unemployment and the need to get another degree in order to get a good job.

Even while the costs of higher education continue to rise and more students rely on loans to pay for school, unemployment levels for new grads remain near all-time highs. In fact, half of Americans under 25 with a college degree are either unemployed or working in a job for which they're overqualified.

And student debt threatens to hamper economic growth, as consumers with high levels of debt will spend less and put off buying a house or making other large purchases. That takes out of the housing market many of the traditional new homebuyers - young college graduates.

The Student Loan Bubble in 5 Charts

1) The amount of student debt has almost tripled since 2004 and now approaches $1 trillion. 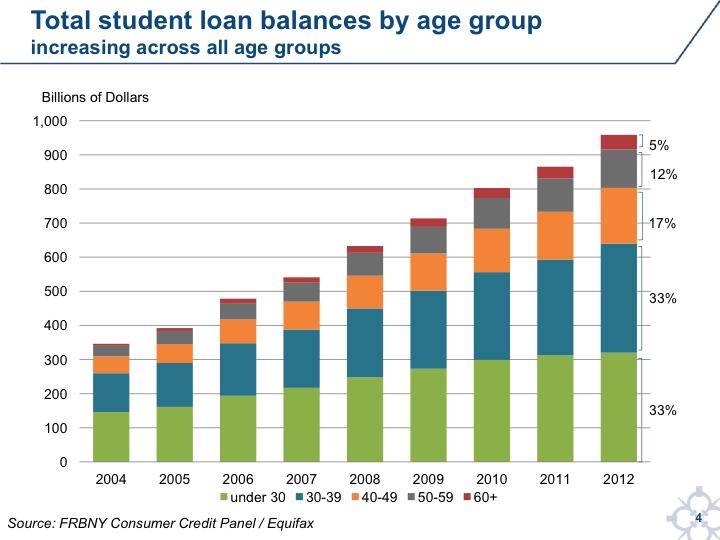 2) Since 2004, Americans have cut back on non-mortgage debt including home equity lines of credit, auto loans and credit cards, while increasing student loan debt. 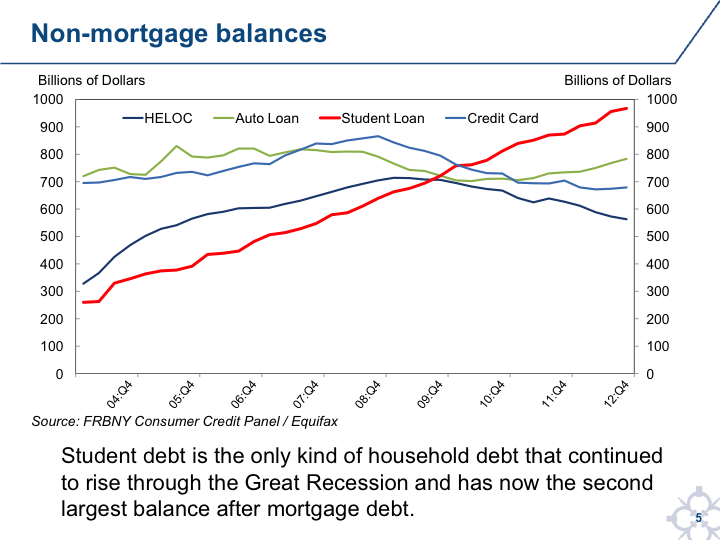 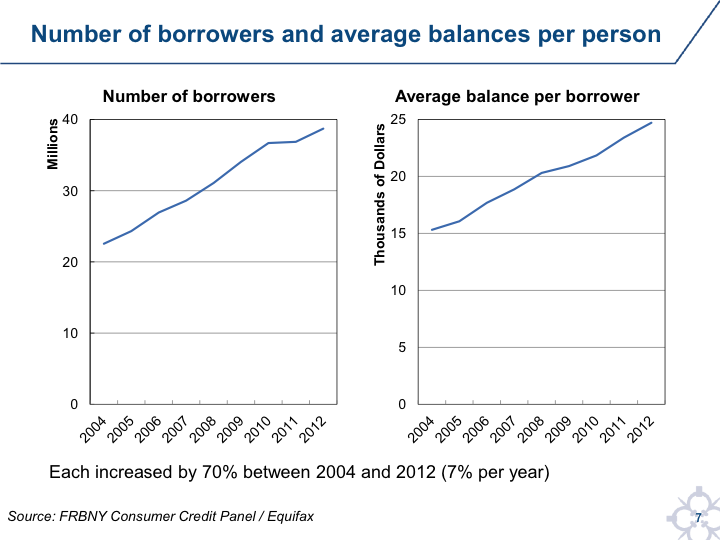 4) Economic hardships have caused delinquencies to rise among all age groups. More than 30% of those with student loans were more than 90 days past due on payments in 2012. That's almost double the proportion 90 days past due in 2004. 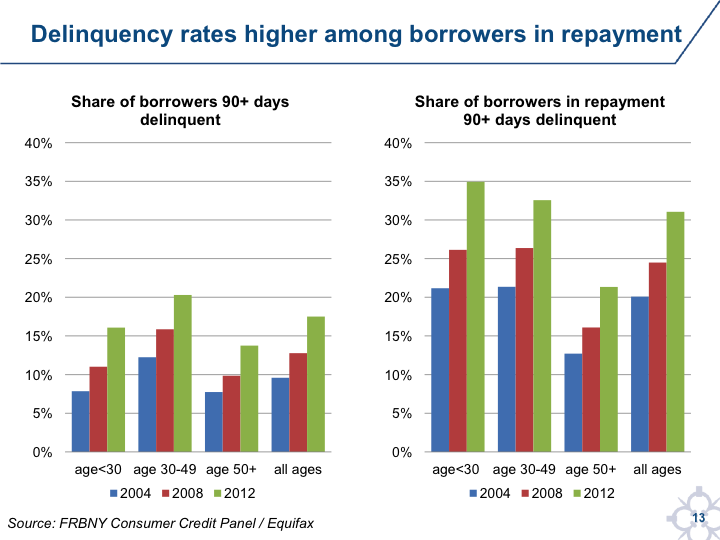 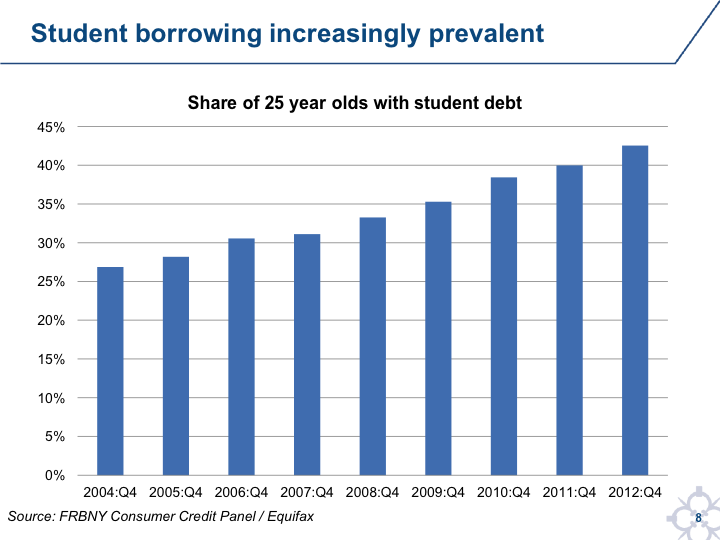 This number is not going down until we as a community start doing something. There is a great site that can help with students going to school or would like to look at alternative resources

The system is going to crash and burn.. forget saving it .. it's not worth saving .. the fascism . and it is a fascist system .. is not worth saving .this has NOTHING to do with free market capitalism and everything to do with government in bed with corporate banking and central planners… and it is amazing how fast they have managed to destroy the Western system .. but they have done a good job. For us of course it means indentured servitude .. unless there is a revolt . .but I wonder if folks are too dumbed down and too tired to give a darn. Seems that is the case.

Why doesn't the lender assume a large part of the responsibility for this mess? They created it after all. I am not speaking for the present because now they have identified the problems they created in their lack of underwriting these loans back when this all started and have made some corrections since. They did very little underwriting on these loans if any at all and basically gave a teenager a blank check. "Go get em guys" take all the money you need. To get a degree in what? Doesn't matter because it is proven that a person with a degree has a better chance for a higher paying iob than one who doesn't have one. Hear that before? They assume because a young person turns 18 they are now all experienced in finances and are experienced in the way the world works. Why do you loan money to a person majoring in a field that is known to be not a big money maker? But yet they just keep lending and lending and lending with not much control or thought. It's called underwriting and their lack of has buried many young people and will continue to do so until government action is taken.

I'm amazed by the confusion amongst people criticizing big banks, when the real culprit here is the federal government. The federal government made $40 BILLION off student loans last year (2013) alone. What incentive is there for the feds to cut back or to correct the problem or tighten loans? NONE!!!!