Employers added just 88,000 jobs in March, according to the U.S. jobs report released Friday, hiring at the slowest pace since June 2012.

"We all over shot it," Austan Goolsbee, former chairman of the Council of Economic Advisors in U.S. President Barack Obama's first administration, said on CNBC. "This is a punch to the gut. I mean, this is not a good number."

Since the government's way of calculating unemployment is frighteningly inaccurate, even with such a small amount of jobs added the unemployment rate fell from 7.7% to 7.6%. 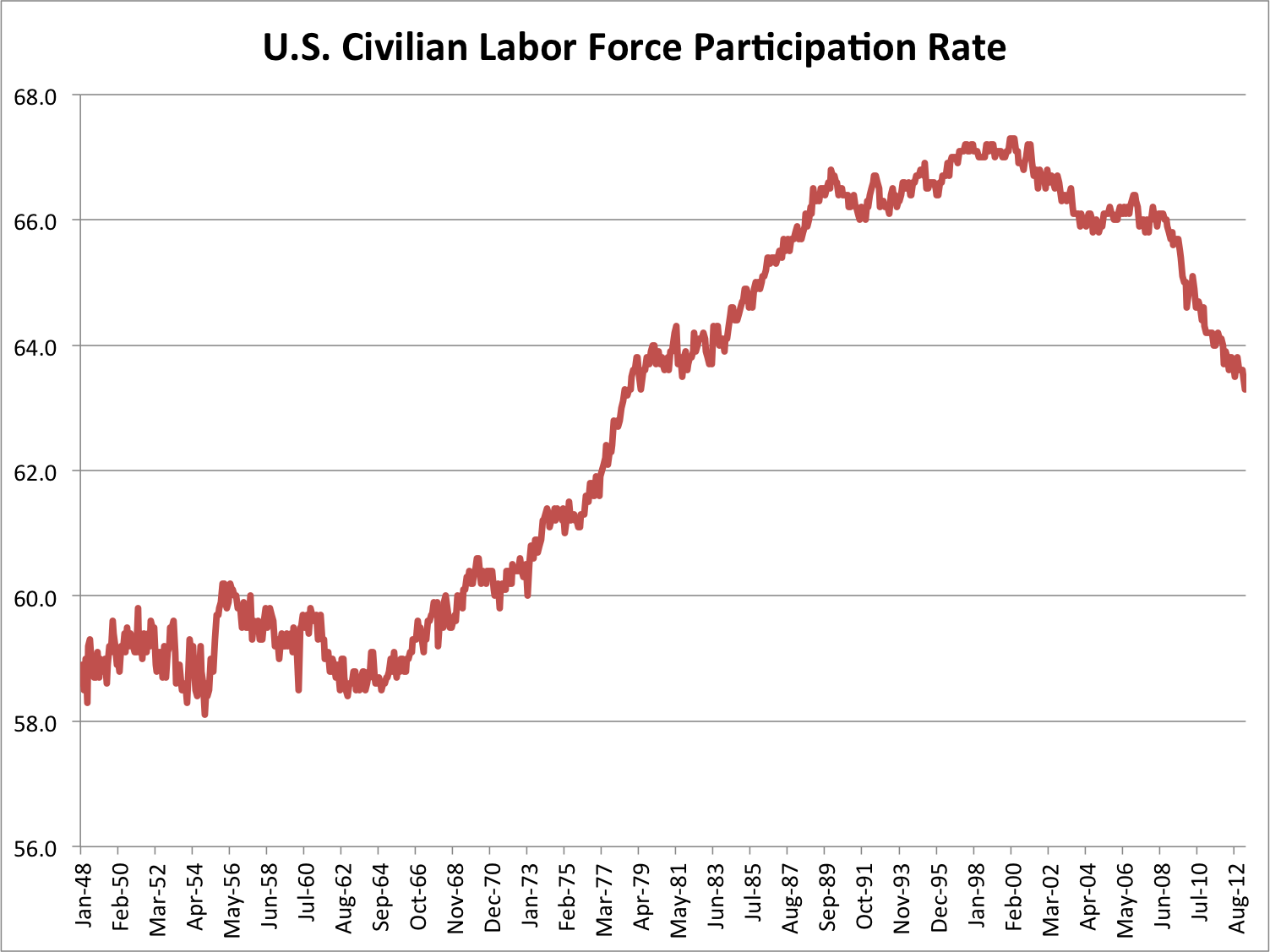 But if we look at the real number of people out of work, the U.S. unemployment rate is much higher.

A whopping 663,000 people dropped out from the month before.

But that's just in the actively counted numbers.

The harsh truth about U.S. unemployment is that more and more people are giving up on work altogether, or relying on disability or other entitlement checks instead of paychecks - and those people aren't counted in the unemployment number.

Also not counted were "marginally attached" workers, which totaled 2.3 million people. They weren't counted as unemployed because they hadn't looked for work in the past four weeks. Some had become discouraged, others were attending school or other commitments.

That brings the total number of Americans who aren't looking for work to 90 million.

This is why a more accurate number to measure U.S. unemployment is the U-6 rate, which counts total unemployed, all individuals marginally attached to the labor force and total employed part-timers for economic reasons.

So while the public has been lead to believe the employment picture has brightened under the Obama administration's leadership, that's not the case.

The impact of the forced fiscal cuts was a concern, but they didn't directly affect the March payroll figures too severely - yet. The federal government, excluding the U.S. Postal Service, shed only 2,200 positions.

The Congressional Budget Office cautioned sequestration could slash 750,000 jobs from the U.S. economy this year. It looks like we are quickly headed towards that projection. The nonpartisan group also trimmed GDP growth for 2013 by 0.6%.

The retail sector, which averaged an increase of 32,000 jobs a month for the past six month, experienced the biggest decline in March, shedding 24,000 jobs.

Look for the next U.S. jobs report on Friday, May 3.