Just as every coin has two sides, every data point that doesn't meet expectations usually has an upside somewhere.

For instance, although gold prices have fallen with the strengthening U.S. dollar, the yellow metal is appreciating in Japanese yen. So when negative news about the economy came out this week, along with the U.S. Labor Department reporting that the country added only 88,000 jobs in March, investors found reasons to be encouraged.

For one, the Federal Reserve is apt to maintain its stimulative easing course and keep interest rates low.

With inflation above the current interest rate, a negative real interest rate increases the attractiveness of U.S. dividend-yielding stocks and gold. I believe both investments will continue to be viewed as the safe havens of the world.

The news that the U.S. is not recovering as expected may also repair some of the damage done to gold by research firm Societe Generale. Its bearish report asserted that because of expected rising interest rates, a strengthening U.S. dollar and a recovery in housing and jobs, gold's bull run would end.

Many people, including CNBC's Amanda Drury, have been asking me why gold did not respond on news of the seizure of bank deposits in Cyprus. Going back more than four decades, the yellow metal historically has experienced a seasonal drop this time of year, yet today's trading behavior does not reflect the fearful conditions ideal for a gold rally. 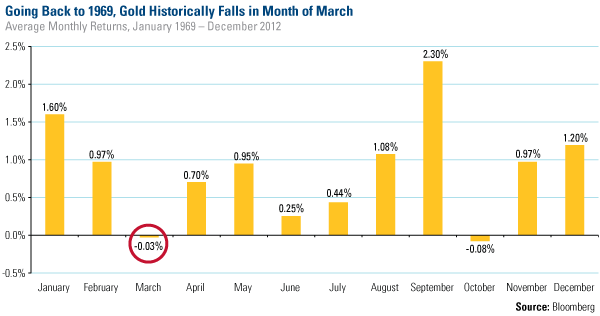 As a result of this perplexing situation, some highly respected gold experts have tossed around the idea that the price of gold may be manipulated.

Mineweb's Lawrie Williams writes that when the European markets open, gold and silver fall, but climb when the U.S. market opens. This is "a pattern directly contrary to that which had been seen pre-Cyprus," suggesting that the precious metal "needs to be kept in its place more than ever lest a move into it by the big bank deposit holders really precipitates banking Armageddon." 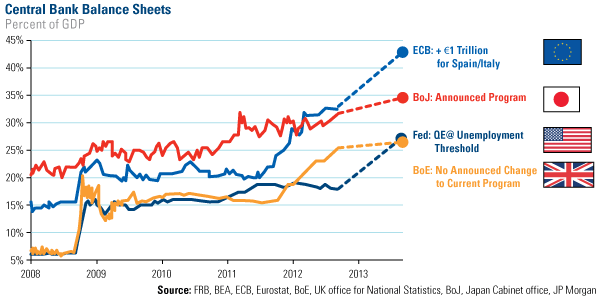 Williams says central banks need to continue to print money to "maintain the pretence that the global economic situation is under control, which it surely is not," says Williams.

This opinion is echoed by my friend, Ian McAvity. In his Deliberation on World Markets newsletter, he says "the orchestrated reopening of Cypriot banks creates two euros despite claims to the contrary." Most importantly, the fact that "gold did not surge on these developments for the second most important currency teetering on the brink adds weight to the case for surreptitious central bank interventions," says McAvity.

McAvity says "surreptitious," CLSA's Greed & Fear Author Christopher Wood calls it a "grandiose monetary experiment" which may be "unprecedented in recorded financial history." He believes that there is an "outright embrace of the eroding distinction between monetary and fiscal policy" and instead of moving away from its unconventional easing policies, "the central banks are moving further and further away from the exits."

But there is a much more important issue that has been raised because of Cyprus' and the eurosystem's "startling inequality of treatment," says CLSA's Russell Napier. He questions whether the eurosystem works in a political sense. He writes:

This really is the oldest form of gold preservation as well as the advantage of this product is that it can be found
in many sizes: 1 ounce gold bar, 1 kilo gold bar, 20 grams gold bar etc.
Another area where Gold ETF and E-Gold investments differ is the time of trading.
The promise of hordes of gold became an obsession for the
Spaniards, an obsession many were prepared to die and kill over.