When it comes to the firearms industry, throw out everything you know about investing.

When the Second Amendment is involved, high emotional responses are on full display.

So why should it be any different when it comes to a legendary firearms maker like Smith & Wesson (Nasdaq: SWHC)?

But old habits die hard, so before I go into what is truly driving the share price of Smith & Wesson, I can't possibly skip the boring stuff.

With gun sales going through the roof, let's take a look at whether or not this company has enough firepower to be part of your portfolio.

Don't look now, but there are some problems developing in the global energy network.

It's hardly reassuring that the epicenter of all this is the Middle East.

The primary problem is hardly new. Actually, calling it an "old" problem is more accurate because the culprit is a collapsing network of delivery and storage that has been deteriorating for decades.

Unfortunately, this is hitting areas already beset by broad, accelerating economic shortfalls the hardest. That they also happen to be areas of significant unrest hardly improves the situation.

The latest is in Pakistan. There a combination of lower-than-expected water availability and a government powerless to provide the diesel fuel essential for the planting season means a population already on the brink is staring at food shortages.

The picture is very grim.

We reaffirm our Neutral recommendation on The J.M. Smucker Co. (SJM) following an appraisal of its third quarter fiscal 2013 results. Why the Reiteration? Smucker posted strong fiscal third quarter results beating the Zacks Consensus Estimate for both revenues and earnings. The company’s continued focus on its brands through innovations and promotional offerings, strategic acquisitions, […]

Make no mistake: The April sell-off in gold created some extensive "collateral damage" in the silver market.

The silver price dropped nearly 20% in just two days… and many Wall Street analysts were quick to downgrade their forecasts for the rest of 2013.

And they have missed some extremely strong fundamentals regarding silver which makes the metal a fantastic investment today.

In fact, not only is this a good time to get your hands on silver… Recent events have made this possibly the greatest silver buying opportunity in history.

Politics as usual has always been hard on the American people, but with the sequester, Washington has crossed the line this time.

All the sequester craziness has proven that our elected officials are not only inept, selfish, money-squandering bozos – they're also willing to actually inflict harm on the American people for political gain.

Virtually all of the problems created by the sequester, from the flight delays resulting from furloughed air traffic controllers to cancer clinics turning away Medicare patients could easily have been avoided.

But American citizens are suffering because Washington's warring factions – the Democrats and the Republicans – refuse to solve the nation's budget problems unless, like petulant toddlers, they can get their way.

A few Congressman – too few — have called out their colleagues.

"What we're showing is our incompetence, or our downright disdain for the American public," Sen. Tom Coburn, R-OK, said on the Fox Business program Varney & Co. 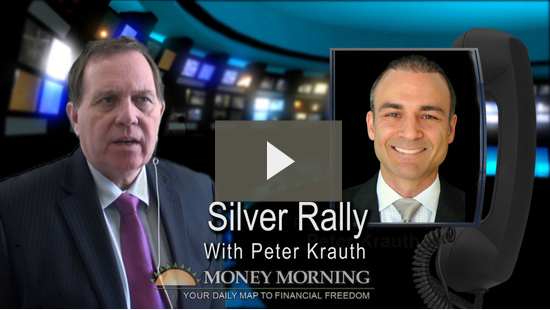 It's been a good few days for investors holding on to gold, and we've been getting lots of questions as to why gold prices are up this week.

At one point this week, gold had retraced half the loss it incurred during its April nosedive. In a two-day period, the yellow metal fell $225 an ounce, hitting a two-year low on April 15.

It is natural for any financial asset to enjoy some sort of a rebound after such a steep plunge. But there are some sound fundamental reasons as to why gold is up.

Tellabs Inc. (TLAB) reported weak financial results for the first quarter of 2013, missing the Zacks Consensus Estimate. GAAP net loss in the reported quarter was $55.9 million or a loss of 16 cents per share compared with a net loss of $139.8 million or 38 cents per share in the prior-year quarter. Quarterly adjusted […]

If you want to make big money in the market today you have to look to biotech.

In fact, if you ignore this field, you're going to miss some of the market's biggest stock gains.

That's because what happened earlier this week is going to become the norm.

On Monday, of the top 25 Nasdaq advancing stocks, 12 were straight-up biotech plays and another was a small-cap healthcare concern.