Emerging markets have experienced record outflows so far this year, as global capital sailed back to safer markets.

Just in the first five weeks of 2014, $18.6 billion fled emerging markets - a staggering number when compared to the $15.2 billion in emerging market outflows for the entirety of 2013.

As a result, emerging markets around the globe are taking a pounding. Nations like Turkey and Argentina have experienced sharp currency downturns. China is being forced to push proposals to increase stimulus again to gloss over economic uncertainty stemming from its latest government spending.

But among the first quarter's beat-back of emerging markets, a buying opportunity has been flying under the radar...

This country's brand new economic policies favoring foreign investment and greater economic liberalization signal a strong "Buy" for forward-thinking investors - and best of all, it's just a short trip across the border...

Time to Profit as Mexico Ends a 76-Year-Old Monopoly 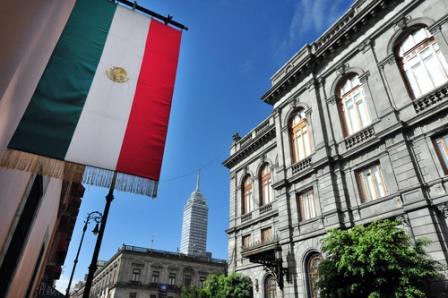 Mexico's economy is poised to profit from the recent overhaul of public policies related to the oil and gas industry, in addition to its telecommunications systems.

The move opens up increased competition and a break from monopolies that have strangled the market for decades. Mexico will be liberated from the shackles of limited foreign investment, and innovation and incomes will increase. The country expects to gain about $10 billion more per year in revenue from oil privatization.

The country can move forward with a surge in infrastructure. In fact, last May, the president announced a five-year, $316 billion plan to increase Mexico's infrastructure through 2018. Better infrastructure will bolster the country's surging manufacturing sector.

The surge through the rest of the decade will provide investors with strong returns, thanks also to rising exports.

The same sentiment is shared by Hasan Tuluy, the World Bank's vice president for Latin America. The World Bank projects an increase between 3.5% and 4.5% this year.

Here's how outsiders can become insiders that take part in Mexico's renewed emerging market - and net huge gains as a result...