Investors can add another deal to the 2014 IPO calendar, with the GrubHub IPO expected to take place on Thursday, April 3.

Today, Grubhub officials announced that they have upped the price range on Grubhub stock to $23 to $25, from a previous range of $20 to $22.

That would value the company at approximately $1.72 billion. 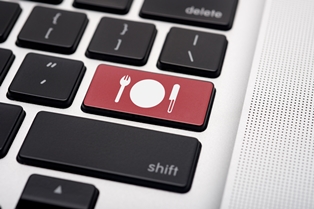 GrubHub allows users to place pick-up and delivery orders for restaurants either online or through a smartphone app. Currently, it is the largest online food delivery services provider in the United States.

GrubHub will trade on the New York Stock Exchange under the ticker "GRUB." Citigroup Inc. (NYSE: C) and Morgan Stanley (NYSE: MS) will be the lead underwriters on the IPO.

The company stated that 4 million of its shares will be sold to investors and the remaining 3.03 million will be offered to insiders such as venture capital firms like Goldman Sachs Group Inc. (NYSE: GS), Warburg Pincus, Thomas H. Lee Partners, and Benchmark Capital.

Looking past the basics of the GrubHub IPO, here's a factor that investors will want to watch closely ahead of the deal...

While analysts will point to GrubHub's shrinking profit margin as an area of concern, one major bright spot is the company's growth in the mobile space.