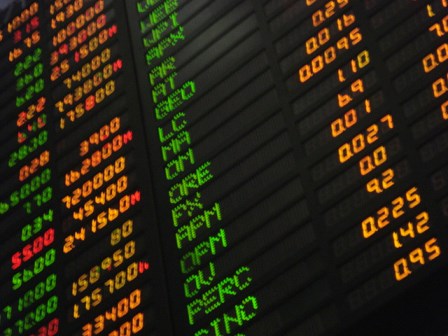 Despite positive revisions in jobs for January and February - adding another 37,000 jobs - the tepid figure of 192,000 positions added in March didn't provide a surge to the markets. The numbers just missed "expectations" in this new normal economy.

The announcement isn't bad enough to cause the U.S. Federal Reserve to reverse its pace on tapering its stimulus plans. But this news won't push the Fed to increase interest rates sooner than expected. These lukewarm results only suggest a gross domestic product boost of 2.5% in 2014, which is simply not fast enough growth in this economy. Despite all the stimulus and "extraordinary measures," we're still spinning tires.

Keep in mind that the official jobs figure is rigged. The full-time employment participation rate is sitting at 63.2%. The U-6 rate, which includes part-time workers seeking fulltime jobs, is sitting at 12.7%

And, as Larry Kudlow pointed out on Friday morning, the economy has the resurgent oil and gas sectors to thank for a bit of the job growth that has taken place since hydraulic fracturing (fracking) came online. Without fracking and shady accounting practices, official unemployment would be at far, far worse.

Perhaps it's time to try some other ideas, like tax reform, new education approaches, repealing needless regulations, rolling back Obamacare costs, and eliminating Washington cronyism in order to turn this economy around.