The IPO market over the past few years has reflected the surging popularity of social media. Since 2011, the four biggest social media IPOs have combined to raise nearly $19 billion in their initial public offerings. 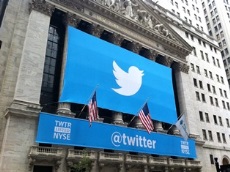 And shares of professional networking social media firm LinkedIn Corp. (NYSE: LNKD) more than doubled in price on its first day of trading in May 2011. The offer price for LNKD was $45, and the stock would reach an all-time high of $257.56 per share in 2013. That IPO raised more than $351 million.

According to the research firm Renaissance Capital, 2014 has seen more public offerings to date than any year since the "Dot-Com" years (1999-2001). But so far this year, GrubHub Inc. (NYSE: GRUB) has been the only social media IPO, and it raised just $192 million.

Indeed, there are a handful of social media companies that we think could hit the market this year. Here are four to watch that could have the biggest IPOs in 2014...

Unlike other companies on this list, investors don't have to wonder if Weibo will hit the market this year - the company filed for an initial public offering on March 14.

Weibo is a Chinese microblogging site similar to Twitter. The company was founded in 2009 and is owned by the Chinese online-media company Sina Corp. (Nasdaq: SINA).

Weibo had more than 61.4 million active users in December 2013, an increase from 60 million at the end of September. The social media company reported its first operating profit of $3 million in 2013's Q4. At the same time, it reported a 163% increase in advertising revenue, to $56 million.

At the time of its filing, Weibo announced plans to raise $360 million by offering 20 million shares at a range of $17 to $19 per share.

If Weibo meets its fundraising goals, it will have a market value of approximately $3.7 billion, making it one of the biggest social media IPOs of 2014. However, right now the fundraising is falling well below the company's initial projections.

The Weibo IPO is scheduled for the week of April 14.

While the Weibo IPO appears definite, here are some other social media IPOs that could be making their public debuts in the near future...