The Dow Jones Industrial Average slid 21.97 points to finish at 16,558.87 Thursday on news that jobless claims were higher than expected and the International Monetary Fund committed $17 billion to stabilize the Ukrainian economy. 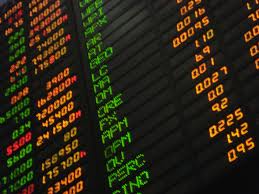