One of the reasons the rich keep getting richer is that they know where to put their money to get the best returns - and, typically, the wealthier the investor, the more savvy the investments.

So for those of more modest means, it can pay to learn how to invest like a millionaire. 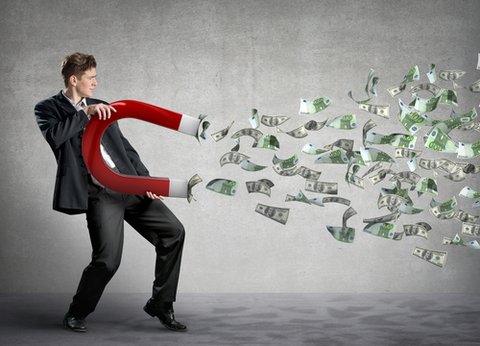 For one thing, millionaires have access to better information than most investors and so can make more informed decisions. To get a similar benefit, average investors need only follow their lead.

But there's another, even more important reason to watch how millionaires invest: The top 10% of Americans own more than 80% of the stocks. An infusion of capital on that scale means that when the rich take a liking to a particular investment, the price will almost surely rise.

So, where are these rich investors putting their money today?

Recently CNBC commissioned a Millionaire Survey - people with investible assets of $1 million or more - to determine what the rich thought of the markets, the economy, and where they were planning to invest.

One of the most positive signs that emerged from the survey is that millionaires are generally optimistic about the markets - which means they'll be fueling more share-price gains.

When asked about asset classes, the millionaires still prefer stocks, even with the markets flirting with record highs. Over the next year, 46% planned to buy stocks, 21% fixed income, and just 14% short-term cash instruments (the balance was spread among an assortment of investment classes, such as real estate, international investments, and precious metals).

Those surveyed said they currently have 44% of their investments in stocks, with 15% in fixed income and 19% in real estate.

But for most investors, it was what these millionaires had to say about their favorite sectors for 2014 that's most valuable...

Thomas Picketty has got people all over the world thinking about the financial sector, because stock multiples are what make current billionaires. My experience in Seattle is that our billionaires care more about the minimum wage income group, than the middle income wage group. Microsoft and Amazon could spread the wealth to the middle management, and thus improve the local economy. These middle managers are the real worker bees of Seattle, and they do not get the proportion of the tech wealth they deserve. I am only an observer. I left tech in 1972.