On April 2, search giant Google Inc. (Nasdaq: GOOG, GOOGL) unveiled a stock split - a 2-for-1 reapportionment that halved the price of the "Thousand-Dollar Club" GOOG stock, meaning you can now snap up shares at a more affordable $530 each.

Retail investors usually love when a "name-brand" stock announces a split - even though academics typically dismiss the move as a "book-keeping" maneuver with little impact on the underlying profit opportunity.

But in the case of GOOG (and Apple, which also recently announced a stock split), it's the investor - not the expert - who has the right take.

Today I'll explain why. And I'll also show you how the GOOG stock split can give your investment portfolio a nice lift.

Over the last year, we've talked a lot about the difference between a stock's sticker price and its value. As I have said many times, a high-priced stock that gains 50% is cheaper in the long run than a penny stock that gains only 20%. 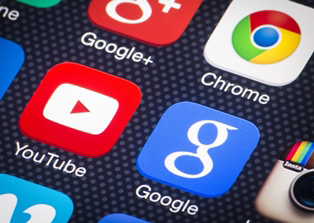 Now, Google isn't that kind of high flyer, but it's a quality stock with rock-solid fundamentals. It's one of my all-time favorite tech stocks, in fact.

Before we talk more about the specifics of the Google transaction - and look at how it can help you - let's first take a look at stock splits in general.

First, to be absolutely clear, a stock split does not affect the market cap of the stock or any of the metrics we typically use to analyze the stock.

You will have invested the same amount, but the entry price is much more attractive.

In essence, companies split their shares to boost the "liquidity" - Wall Street jargon for boosting the shares' allure and increasing their tradability. Cutting the price down makes the stock more attractive to average investors who don't have millions to throw around the way hedge-fund managers or high-frequency traders do.

And there is a tangible benefit - for the company, and for investors shrewd enough to move in and capitalize.

Here's how it all breaks down, and why it's so huge for investors...