More people and businesses are getting behind the Bitcoin market every day, and that's taking us closer - inch by inch - to a point where the use of Bitcoin is commonplace.

But such positive Bitcoin news rarely gets the attention it should. It never ceases to amaze me just how poor a job the mainstream media does at covering key developments that prove Bitcoin is an unstoppable force.

Of course, the minute there's any downward pressure on the Bitcoin price, they are all over that news.

Take the case of Bloomberg LP, the market-oriented data management and media firm. In particular, the company is known for its sophisticated trading terminals used by professional investors the world over. 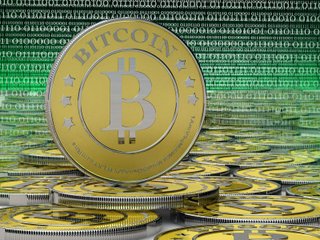 That means Bitcoin investors and Bitcoin traders will be able to check price changes, market movements, and news stories as well as track social media feeds from more than 100,000 Bitcoin commentators.

I believe this is an important vote of support for Bitcoin as it moves from the domain of techies to global mainstream acceptance.

With Wall Street getting involved, we should soon begin to see institutional support for the Bitcoin market that will bolster its status as both a virtual currency and a sophisticated digital payments system.

And I have even more good Bitcoin news to share with you...

Bitcoin Market Seen as Ray of Hope for World's Poor

One of the great pioneering technology leaders of all time has come out in favor of Bitcoin.

Besides co-founding Microsoft Corp. (Nasdaq: MSFT), Bill Gates is also known as a philanthropist who is working to improve the lives of impoverished people in developing nations.

In a recent "Ask Me Anything" interview with the popular online service Reddit, Gates said he saw potential for Bitcoin in his philanthropic work.

"Digital money has low transaction costs, which is great for the poor because they need to do financial transactions with small amounts of money," Gates said. "Over the next five years I think digital money will catch on in India and parts of Africa and help the poorest a lot."