One strategy experts use when looking for the best biopharma stocks to buy is finding companies with promising drug candidates that are close to receiving regulatory approval. When these drugs hit the market, they can bring in billions in revenue.

When companies have multiple promising drugs in their product pipeline, they become even more attractive because they have more than one shot at finding a revenue blockbuster. 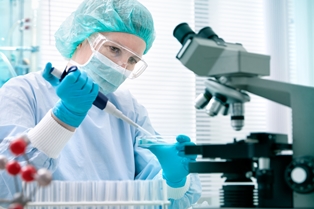 Cara Therapeutics is a clinical-stage company that develops drugs for pain management and focuses on making treatments that do not cause the same side effects that are typical among pain medications.

CARA is a newly public company, having just hit the market on Jan. 31. Since its IPO, CARA stock is up 24% from its offer price. The company initially offered its shares for $11 and the stock now trades just below $14.

According to Robinson, that 24% increase may just be the beginning for this hot biopharmaceutical stock...

The first reason Robinson is recommending CARA stock right now is because its products target the post-operative market.

"This is a potentially huge market," Robinson said. "Some 46 million inpatient and 53 million outpatient surgeries are performed in the United States each year that require a pain relief drug. Cara officials say research reveals that more than half of those patients complain of inadequate relief."

Ahead of its IPO, CARA reported that its most promising drug CR845 had completed three phase II trials and is scheduled to register for phase III trials in the second half of 2014.

Receiving Food and Drug Administration approval and reaching commercial success is a tough process, but worth the wait - drugs that do so typically are huge money makers for the companies that develop them. For instance, Pharmacyclics Inc. (Nasdaq: PCYC) stock has climbed more than 280% since its treatment for mantle cell lymphoma was approved in 2012.

And stocks typically see a boost when they announce that a promising drug has received approval. Especially if it can treat millions of patients.

But that's not the only reason Robinson is recommending CARA stock. There's another factor that separates CARA from its competitors...