Right now, Rogers likes several markets others are running away from - but his current favorite is Russia. 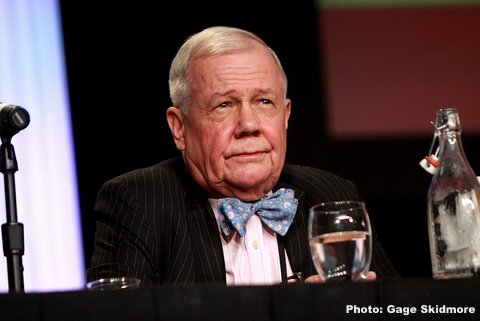 TRADERS CAN MAKE MONEY, IRREGARDLESS, BUT NOT INVESTORS

I think its folly to advise average investors to go into a single country like Russia where Rule of Law is nonexistent and corruption widespread. Right now, its Rule By Putin. Moreover, if you talk with native Russians ( immigrants) you will find out that Russia will always be an unpredictable place for investors and foreign businesses ( BP, EXXON, etc.).

Let me put it another way: When CEO Bob Dudley of British Petroleum (BP) said he was going to invest directly in partnerships in Russia, Oleg L., a Ukrainian-born Physical Therapist (PT) said in response: " I'm selling my BP stock". Russia is a terribly unpredictable place where the terms and conditions regularly change and where the ruling Oligarchs simply don't abide by contracts.