Apple Inc. (Nasdaq: AAPL) finally announced today (Wednesday) after the markets closed that it was buying Beats Electronics for $3 billion, a deal that has been simmering in the rumor mill for three weeks.

It's by far the biggest acquisition in AAPL history. 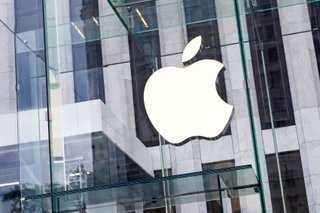 The deal itself was no surprise, but tech pundits have driven themselves mad over the past few weeks trying to figure out why Apple CEO Tim Cook made the deal.

And while Cook did discuss the deal, he didn't go into a lot of detail.

"This is about music and its importance to society and to Apple," Cook told USA Today. "We've found kindred spirits in Jimmy and Dre and we're going to advance what they've done to a whole different level."

In fact, the deal makes a lot of sense for the Cupertino, Calif.-based Apple. In addition to gaining a $1 billion a year trendy headphone business, the recently launched Beats streaming music service could be just the special sauce AAPL needs to turn its iTunes Radio service into a world-class product.

And as many suspected, bringing music industry insiders Dr. Dre and Iovine in-house is also a major reason for the deal. Cook obviously believes having stronger ties to the music industry will help Apple outmuscle competitors like Spotify and Pandora Media Inc. (Nasdaq: P) in the music streaming business.

Note: The tech sector has been hit hard this year, but it's still by far the best place to invest your money for maximum growth. Here are the top two tech sectors for 2014...

Cook also downplayed accusations that Apple had made the Beats deal because the company had run out of gas as an innovator.

"This is a big deal. But to put it in some perspective, we acquired 15 companies last year and 12 this year, some 27 in 18 months," Cook told USA Today. "But this one is all about music, which we've always felt is in our veins and we've always appreciated that technology alone was not enough."

AAPL stock edged up $0.19 in after-hours trading to $624.35. Apple stock is up about 20% over the past six weeks since the company announced strong March quarter earnings, a 7-for-1 stock split, and an expansion of its stock buyback program.

So why do you think Apple is buying Beats? Will it turn out to be a brilliant move or a colossal blunder? Speak out on Twitter @moneymorning or Facebook.

When it comes to disruptive technologies like those that made AAPL famous, most people - even really smart people - fail to recognize such transformative events until after it's obvious to everyone. That has led to some embarrassing statements over the past 150 years or so. Here are the 10 worst tech predictions of all time...