Featured on Thursday's hot stocks to watch list are a couple of soaring smartphone companies, a climbing teen retailer, and a surging defense and security penny stock.

Check out these 12 stocks on the move today, and find out what's behind their action. 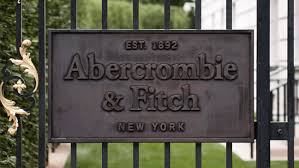 Abercrombie & Fitch Co. (NYSE: ANF) kicks off Thursday's hot stocks roster. Shares of the casual apparel retailer jumped nearly 6% to $37.75 after reporting a smaller-than-expected loss for its fiscal Q1. The New Albany, Ohio-based company lost an adjusted $0.17 per share, a penny better than expectations for an $0.18 per share loss. In attempts to regain its "cool" with teen shoppers, ANF will begin selling clothes outside its own brick-and-mortar and online stores for the first time later this year, using British online retailer ASOS. Additionally, ANF will turn up the store lights at its traditionally dark and heavenly scented Hollister chains by getting rid of its trademark shutters.

Allergan Inc. (NYSE: AGN) shares rose some 2% to $159 as it continues its climb amid Valeant Pharmaceuticals Inc.'s (NYSE: VRX) sweetened offer for the company. Earlier in the week, Valeant boosted its bid price for Allergan by $10 per share, bringing the value of its unsolicited offer for the Botox maker to a whopping $49.4 billion.

Apple Inc. (Nasdaq: AAPL) makes our hot stocks list after the iPhone maker announced late Wednesday it will buy Beats Electronics for $3 billion. Rumors swirled for weeks about a possible deal. With the Beats buy, Apple aims to bolster its music business, which has lost some of its swagger. Beats brings to Apple a music-streaming service, high-end headphones, and music industry connections via Beats' co-founders, rap star Dr. Dre and music magnate Jimmy Iovine. Apple shares rose 2.03%, or $12.64, to a 52-week high of $636.67.

You might not have heard of this next stock, but it was among the biggest movers by soaring more than 70% today...