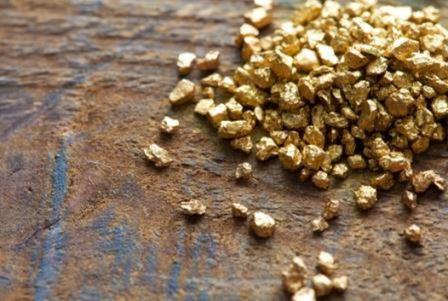 Analysts look to the gold price history as a tool to make predictions about the yellow metal's direction. Investors can use this history as well, to better understand the complexities of the gold market.

A good place to start when examining the gold price history is the 1970s. Up until the early '70s, gold prices hardly fluctuated by more than a dollar or two.

You see, the U.S. dollar used to be pegged to gold, and international currencies used to be fixed to the U.S. dollar. Under the Bretton Woods system of international finance exchange, the dollar could be converted to gold at an agreed-upon, fixed rate of $35 per ounce. And the United States was committed to backing every dollar overseas with gold.

But U.S. President Richard Nixon, who was in office from 1969-1974, decoupled the dollar from gold in 1971 due to various economic pressures. The move helped end the Bretton Woods system, and, more importantly, it allowed gold prices (and other currencies) to float freely with the forces of supply and demand.

The 1970s was a very bullish period of time in the gold price history. Nixon's economic measures sent gold from its fixed price of $36.02 an ounce to an average price of $615 an ounce in 1980.

In 1973, U.S. President Gerald Ford made it legal for private citizens to possess gold. Other countries soon followed.

In 1976, the International Monetary Fund's Jamaica Agreement created floating exchange rates and forever established fiat currencies that were not backed by gold.

Also during this decade, there was an oil crisis and long lines at gas stations. The economy was weak. The "Misery Index" (total of the inflation rate and unemployment rate) hit an all-time high of 21.98% in June of 1980. Looking back, all of the conditions were in place that led to a more than 15-fold increase in gold prices over this 10-year period of time.