The clock is officially ticking on the GoDaddy IPO after the Internet company filed the prospectus for an initial public offering yesterday (Monday).

GoDaddy Inc. was founded in Scottsdale, Ariz., in 1997 by Bob Parsons. The company provides customers with domain name registration services and website hosting, and it initially drew public attention for a 2005 Super Bowl advertisement that featured bikini-clad supermodels.

At the time of the filing, GoDaddy officials announced that the company will use the money generated in the deal to repay debt and for general corporate purposes. Morgan Stanley (NYSE: MS), JPMorgan Chase & Co. (NYSE: JPM), and Citigroup Inc. (NYSE: C) were named as the lead underwriters on the deal. 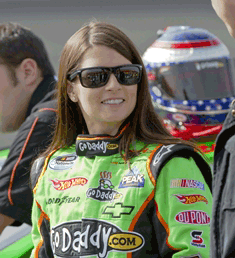 While the company did not provide any specifics of the IPO date or IPO price, the filing did say that GoDaddy plans to raise up to $100 million in the IPO. However, the initial price targets set by companies in their filings are often viewed as placeholders, and these figures typically change as the date approaches.

This is the second time the company has attempted to go public. GoDaddy initially sought an IPO in 2006, but canceled the deal due to "market uncertainties."

In its IPO filing, GoDaddy reported that as of Dec. 31, the company managed more than 57 million domains and had 11.9 million customers. The company also reported that its user base has been growing about 13% a year.

While GoDaddy has always turned heads for its advertisements and has recently posted strong user growth, here are some troubling figures in the GoDaddy IPO that bear watching...

GoDaddy IPO: Watch Out for These Troubling Figures

One statistic that stands out in the GoDaddy prospectus is the company's revenue. In 2013, GoDaddy reported revenue of $1.1 billion, which was an increase of 24% from 2012. That trend continued into 2014, when the company reported a 22% increase ($320.2 million total) for the quarter ending March 31.

But despite the fact that revenue is increasing, the company is not profitable at the moment...

While the company is narrowing its losses slightly, the fact that a 17-year-old company is losing money ahead of its IPO is concerning. Additionally, the fact that company officials stated they'll be using IPO proceeds to offset debt can't leave potential investors terribly bullish.

Another factor that investors will want to watch following the GoDaddy IPO is the company's ownership structure.

Currently, KKR and Silver Lake each own 28% of the company, while Technology Crossover Ventures owns 12%. Founder Bob Parsons and his investment group own 28.1% of GoDaddy's Class A stock. Combined, these venture capital firms are known as "Desert Newco."

"The partnership has various complex implications for GoDaddy, controlling whether GoDaddy itself can pay a dividend or pay taxes, and the income to GoDaddy is essentially its distribution of proceeds from Desert Newco," Barron's Tiernan Ray wrote yesterday.

GoDaddy may be adding to its user base every year, but until the company starts turning a profit, this may be a stock to watch from the sidelines.

Now: Money Morning's BioScience expert Ernie Tremblay has found the secret to making money from bioscience's "scariest event." Learn how you can start profiting from this powerful catalyst today...