And so was Wall Street.

The iDevice king failed to unveil any major products, continuing a trend that stretches back to the 2010 reveal of the iPad. That "failure" ignited another round of second-guessing by investors and the other pundits. Even the usually evenhanded Investor's Business Daily summed it up by saying that "analysts say latest product rollouts fail to impress."

As usual, the naysayers totally missed the point.

But the way I see it, the Cupertino-based giant did something that was much more important than just roll out some new "gadget." Apple actually unveiled a strategy that puts the company into two new businesses and positions it for years of potential new growth. 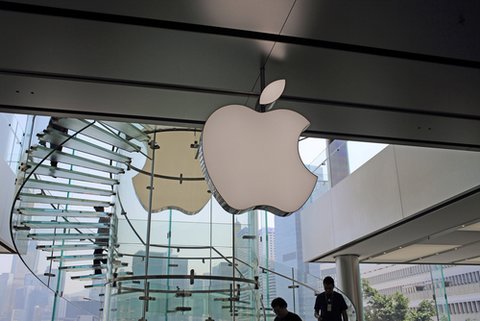 And that means Apple stock - which has zoomed back up near its 52-week highs - is headed even higher.

Today, I'm going to show you why. And I'm going to start by telling you about a new concept in computing - a term you'll soon be hearing lots about.

By learning about it, you'll once again be ahead of the big-money pros on Wall Street.

And that's just where we want you to be...

I love gadgets - for what they do for both my portfolio and my life - but what I've really been waiting for is a personal tech ecosystem in my home. And Apple has revealed a series of initiatives that will help create that ecosystem.

And this is just one of the reasons why I'm sticking by my prediction that Apple stock, within three years, will rise to $1,000 a share on a split-adjusted basis.

Let me explain exactly why Apple's recent initiatives are so brilliant...

Apple stock is a slow-grower now. It is seen as Ho-Hum by analysts. CEO Tim Cook is about as exciting to watch as House Speaker Boehner. This still a growth stock market driven by FED induced liquidity and low interest rates. So, slow or not, the trend will probably be up but not like it used to be. Apple has not brought a new product to market since Steve Jobs passed away two years ago. Apple has stopped innovating (creating). They are expanding their markets globally and it has produced some revenue increases, but not enough to attract the momentum players. Investors want a story and the story at Apple is, well, Bla.