I've never before written anything about the Affordable Care Act, otherwise known as Obamacare.

That's because I didn't want to jump into the debate on one side or the other before letting some dust settle and seeing what there really is to see.

As the old Johnny Nash song goes, "I can see clearly now the rain is gone. I can see all obstacles in my way." 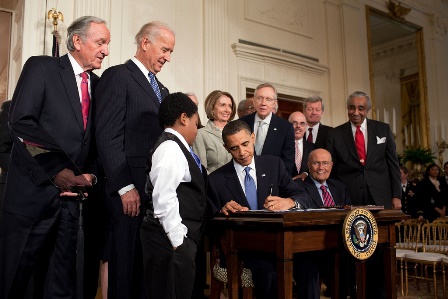 The future of Obamacare isn't bright. It's not even cloudy. It's black, as in a giant black hole.

That's because the Affordable Care Act is going to be anything but affordable. It's going to get more and more expensive, as if it's not already outrageously overpriced hype.

What is Obamacare really? It's a make-richer scheme for giant insurance companies.

Now, I'll tell you exactly what this Obamination is going to do to your health plan, the U.S. economy, and your wallet...

Why Obamacare Is a Bad Deal

Maybe you or someone you know is better off today because now they can get insurance when a preexisting condition prevented them from getting coverage prior to Obaminationcare. Maybe you're one of the tens of thousands of people who gets a subsidy to help pay for your new insurance.

Maybe, for a lot of people, the ACA is great deal.

But it's not a great deal. All of us will eventually find out that Obamacare is a deal with the devil.

Forget about issues regarding doctors you can't see because they don't take Obamacare, or the limited number of hospitals that take Obamination plans, or what's covered under what plans, or any of the "personal" actual health-related issues with Obamacarenot.

I want to talk about premiums, subsidies, and profits - and how this scheme will fail.

Everyone I know with new insurance coverage mandated by Obamacare is paying a lot more than they were paying for coverage before... every one of them. And those with family plans are paying a "hole" lot more. And you and they and I will be paying more and more every year from now on.

While you can bet your last dollar you'll see a premium increase this year, if you haven't already, the real pain will begin in 2017 - and then get progressively worse and worse.

That's because in 2017 three things happen... things I'll bet you had no idea about.

Is there any chance the "Act" will be repealed? I intend on paying the penalty because for me it is more affordable until I am 65 and go on Medicare. I know, Medicare will suffer from Obamadontcare. Just staying healthy until you die in your sleep is my best hope. It is very depressing.

Great article on Obamacare. Thank you

Unrelated question. I purchased VXX last year per your recommendation. Since there seems to be no fear in this manic market, it is down about 50% since my purchase. I understand that it trades in short term futures to attempt to track the VIX and that can be costly. Do you still suggest averaging down ie buying more at these prices or is there a better hedge against a market decline?