The Dow Jones Industrial Average has been viewed as a barometer for the U.S. stock market's performance since it was created on May 26, 1896.

It's the most widely recognized stock market index in the world and is almost always referenced when analysts and investors discuss the "stock market" in any form.

But should it be?

To understand the best way to use the Dow Jones today, it's important to look back at the history of the index.

How the World's Most Popular Index Came to Be 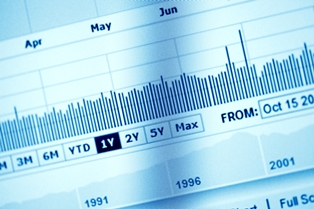 Several years later, Charles Dow was looking for a way to accurately track the performance of the stock market, so he selected 12 stocks and created the Dow Jones Transportation Average on Feb. 16, 1885. At the time, the index consisted of 10 railroad stocks and two industrial stocks.

By the time 1896 rolled around, Dow realized that industrial companies had a much stronger bearing on the market's performance, so he created a new index with 12 industrial stocks. Originally, most of the DJIA's stocks were large commodities companies that were well respected in the markets.

To calculate the DJIA's performance, Dow averaged the prices of all 12 components. The first total Dow calculated was $40.94, and that was the first value of the Dow Jones Industrial Average.

More than 115 years later, the Dow Jones is still the most closely followed market index in the world – but the man who created it more than a century ago might not even recognize it now…

In the 118-year history of the Dow Jones Industrial Average, there have been 50 changes made to the index.

Where there once were 12 industrial stocks in 1896, there are now 30 stocks that represent a wide swath of industries from entertainment to healthcare to energy. Each stock trades on either the New York Stock Exchange or the Nasdaq.

Because the DJIA was created to give investors a snapshot of the broader stock market, companies can be removed when they no longer have a strong bearing on the U.S. economy. For instance, some companies have been removed due to advances in technology, whereas others have been taken off because the stock has vastly underperformed.

One of the most notable recent changes to the DJIA was the removal of General Motors Co. (NYSE: GM) shortly after it filed for bankruptcy protection in 2009. GM had been a member of the DJIA for 94 years but was removed after posting a loss of 87% in 2008.

If an industry no longer has a strong bearing on the U.S. economy, companies from more burgeoning industries may be added.

The Eastman Kodak Co. was removed from the DJIA in April 2004 after spending nearly 75 years on the index. A pioneer in the consumer camera and film industry, the company did not adapt quickly to digital camera technology and was removed from the index. Whereas Kodak had traded just below $80 per share in 1999, the stock was worth less than $26 per share when it was delisted.

The numerous changes made to the index have kept it climbing higher throughout much of its 118-year existence and brought us to where we are today, on the verge of 17,000 points.

But these changes have also brought the index a fair amount of criticism. Charles Dow may have created the DJIA to provide a snapshot of the broader stock markets, but today, the index does not achieve that goal…