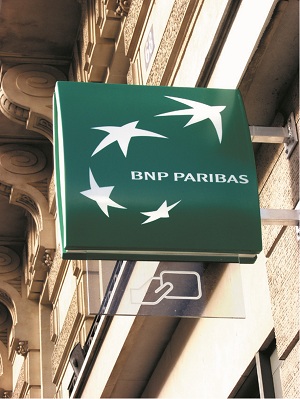 The settlement's price tag sets a record for financial institutions violating U.S. sanctions. BNP was charged with providing dollar clearing services and disguising transactions for Sudanese, Iranian, Cuban, and Burmese clients, all of which face economic sanctions and are prohibited from access to certain financial services in the United States.

These violations were carried out despite concerns from employees within the bank, and BNP's lawyers advising against it.

"By providing dollar clearing services to individuals and entities associated with Sudan, Iran, and Cuba - in clear violation of U.S. law - BNPP helped them gain illegal access to the U.S. financial system," U.S. Assistant Attorney General Leslie Caldwell said in a press conference yesterday (Monday). "In doing so, BNPP deliberately disregarded U.S. law of which it was well aware, and placed its financial network at the services of rogue nations, all to improve its bottom line."

Sudan is facing sanctions because of both its ties with international terrorism - most notably for housing al-Qaida leader Osama bin Laden in the 90s - and for the Sudanese government's hand in atrocities linked to the Darfur crisis. Iran faces sanctions for its indiscretions involving its nuclear program. Cuba has been under economic embargo since the 1960s, and Burma's sanctions began in 1997 with a then-ruling military junta's repression of democratic opposition.

BNP made efforts to omit or disguise names and references in its Sudanese transactions.