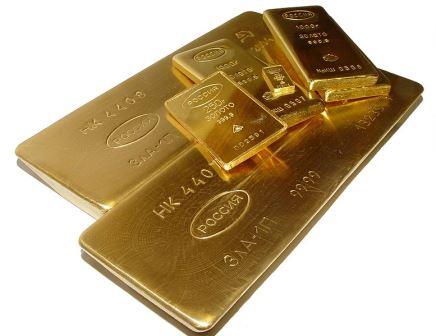 The landscape of the gold market has been changing dramatically in the last decade in terms of the dominant gold-producing nations. For example, for nearly a century, South Africa held the top spot for gold production. But in 2008, China took over, and since then, South Africa has sunk down to the fifth spot.

This week marked another surprise for the top five.

You see, in 2012, the five biggest gold-producing countries were – in order from highest to lowest – China, Australia, the United States, Russia, and South Africa.

But in 2013, Russia overtook the number three spot, supplanting the United States with a 12.6% increase in total output (total output includes output from mining, scrap, and the smelting of other metals). The 254 tonnes (8.17 million troy ounces) of gold the country produced in a 12-month span were 14 tonnes higher than the Russian Gold Industrialists' Union's forecast, according to Reuters. Mined output was up 8.2% year on year to 214 tonnes.

Then in the beginning of 2014, the Union warned of a decrease in Russian mining production in 2014, projecting it to go down 5% compared to 2013.

"Production will be about 5% lower this year," Russian Gold Union head Sergei Kashuba said to Reuters in February. "Postponed projects are unlikely to allow us to get more."

Kashuba explained that the estimated output drop was due to 2013's plummeting gold prices – the yellow metal's value fell a whopping 28% last year and caused miners to postpone or terminate projects.

"The miners were mining at the highest possible cost because the gold price was going up and when it stopped going up, they had to reduce that," mining and exploration company Petropavlovsk's chairman, Peter Hambro, said to Reuters. "So that means that they will mine less gold."

But on Tuesday, preliminary data released from the Union shocked the gold market.