"The [company] doth protest too much, methinks."

It generated a lot of emotion, eliciting some personal experiences from you folks and even a few suggestions that we recommend "shorting" the stock.

But it wasn't just our subscribers who responded to that analysis.

We also received a very strong response from GM itself. 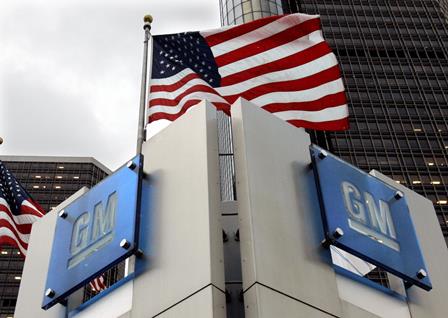 In my recent column,"Why GM's Recalls Are Worse Than You Think," I argued that I just don't buy in to Wall Street's talk of a turnaround at the once-great U.S. automaker.

I cautioned Strategic Tech Investor subscribers to not view GM's current recall problems as a "buying opportunity." In fact, I explained why it would be a bad decision to add the company's stock to your portfolio right now.

Indeed, I said you should just avoid GM stock altogether.

It hurt to write that. As a consumer, I've been a GM guy for as long as I can recall.

My concern, I said, was that GM still doesn't have all its problems under control.

As I told you:

New CEO Mary Barra, who took the job in January, recently fired 15 employees and disciplined five others involved in the faulty switches.

But GM as a whole seems to be in a state of denial about how extensive its problems really are - and I just don't think Barra has a firm grasp on quality control at her company yet.

She's talking tough and making quick moves, but Barra is facing, as she put it herself just last month, "a history of failures" for which "nobody took responsibility."

Some GM officials knew of these problems and covered them up for years.

Just one day after my column appeared, Tom Henderson, manager of global financial communications at GM, posted a lengthy response. The entire comment is shown below.