I can still remember driving around as a kid in my dad's Chevrolet sedan, one with tail fins. Later, we had a Pontiac Ventura, and my mom drove a Chevrolet Malibu.

My first car in high school was a 1966 Pontiac Le Mans that I rebuilt myself. And my brother drove a Pontiac Firebird - all General Motors Co. (NYSE: GM) cars.

Besides the cars in my family's driveway, I broke into the financial industry as a young analyst in Detroit covering GM. As such, I talked frequently with the chief executive officers, the heads of all the major divisions, and top auto dealers and union reps.

I visited auto plants around the country and saw how GM was leading the robotics revolution that greatly improved the quality of American-made cars. I also traveled to Germany to drive GM's European models and talk with top execs there.

In other words, I cannot overstate what a big role General Motors has played in my life.

So, it saddens me when I see the headlines about recalls over the past few years - about 29 million worldwide this year alone. 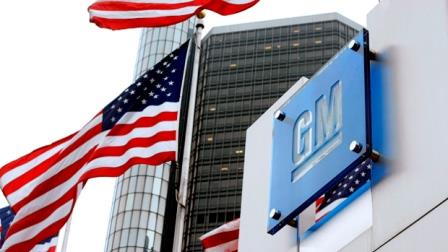 Last year, GM sold 2.8 million cars and trucks. So these recalls are the equivalent of a decade's worth of production.

Many on Wall Street and in the mainstream financial media are saying this is a "Buy" opportunity.

For instance, Daniel Howes, a business columnist at The Detroit News, says the recalls are giving GM millions of opportunities to lure customers back into showrooms and show off shiny new vehicles. "You can't buy that kind of traffic," Howes writes.

And The New York Times recently spun slightly increased sales as a huge victory for the company.