El Pollo Loco is a California-based, quick-service restaurant chain with 401 locations in California, Arizona, Nevada, Texas, and Utah. The company specializes in flame-grilled chicken and a variety of Mexican-themed dishes.

The company announced last night that it priced its shares at $15 each - the high end of its initial $13 to $15 range. Then LOCO stock opened this morning at $19 and climbed as high as $20. Through the IPO, LOCO sold 7.1 million shares and raised $107.1 million. 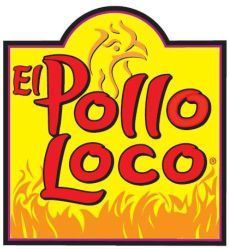 In its IPO filing, LOCO reported that it experienced revenue growth of 7.2% in the first quarter of 2014. It's also had positive same-store sales in each of the last 11 quarters.

At the time of the initial public offering, LOCO had a market value of roughly $538 million. According to the company's IPO filing, it will be using much of the money raised to repay debt. Jefferies Group LLC, Morgan Stanley (NYSE: MS), and Robert W. Baird & Co. served as the lead underwriters on the deal.

The company joins a mixed bag of restaurant stocks to hit the market in the last year. Shares of the sandwich chain Potbelly Corp. (Nasdaq: PBPB) have dropped 62% since hitting the market in October. Pizza chain Papa Murphy's Holdings Inc. (Nasdaq:
FRSH) has seen its shares fall 20% since its IPO in May.

However, chain restaurant Zoe's Kitchen Inc. (NYSE: ZOES) has seen a 29% increase from its open price.

Big first-day "pops" for stocks are common among companies that have just completed an initial public offering.

One of the most noteworthy of 2014 was GoPro Inc. (Nasdaq: GPRO), which closed its first day up 31% from its offer price after climbing as high as 37.5%. GPRO stock soared 103% in its first four trading days.

Those initial surges from new stocks have been even more frequent in 2014. In fact, this year's IPO market has been the hottest since the dot-com era of 2000...