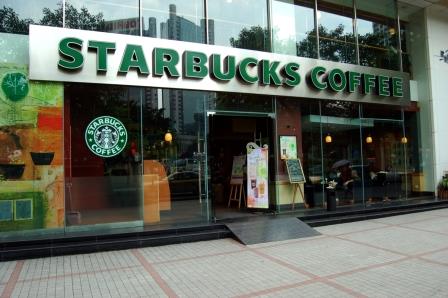 Jefferies, JPMorgan Securities, and Buckingham lifted price targets on SBUX stock to $88, $85, and $96 respectively. SBUX was trading around $78 Friday mid-day.

Indeed, in the battle of the brews, Starbucks is handily winning over Dunkin' Brands Group Inc. (Nasdaq: DNKN).

While Dunkin' has die-hard fans in New England, and Starbucks is easily consumers' favorite on the West Coast, quarterly earnings posted Thursday from the two java giants is clear evidence of Starbucks' lead.

Sales in the Americas climbed 6%, driven by new food and beverage offerings and not increased prices. Price boosts accounted for just 1% of check growth.

Sales in Europe, the Middle East, and Africa increased 3%. Sales in China and the Asia-Pacific region rose 7%, "a stunning achievement," Chief Executive Officer Howard Schultz said Friday in a CNBC interview. Starbucks now has 1,300 stores in China and is just starting to crack the morning (tea) ritual in the region, Schultz added.

Helping Starbucks grow profits in Q3 was an overhaul of its Tevana drinks and La Boulange baked goods. Breakfast sandwiches sales jumped 40% in the quarter.