Investors might think they've found a bargain today (Wednesday) in Groupon Inc. (Nasdaq: GRPN) stock, but it's best to think twice before making a move. 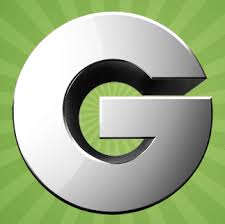 Indeed, Groupon stock swooned as much as 16.12%, or $1.17, to $5.90 after-hours Tuesday following a wider than expected Q2 loss and a trimming of its full year forecast. GRPN stock was down another 16% in premarket trading Wednesday.

The Chicago, Ill.-based company posted a loss of $0.03 per share, or $22.9 million, in the second quarter. That was steeper than the penny a share, or $7.6 million loss, reported in the same quarter a year ago. It also missed analyst expectations for earnings per share (EPS) of $0.01 on revenue of $761.8 million.

"Although the company has the opportunity to reduce marketing spend over the remainder of the year to achieve a higher target, given recent returns on those investments, it believes it is important to maintain flexibility for investment in long-term growth," the company said in a statement.