For all the talk about fancy new hardware (like the iPhone 6) that's in Apple Inc.'s (Nasdaq: AAPL) pipeline, there's another, lesser-known initiative on the horizon that has an even better chance to move the needle on Apple stock over the next year.

It's another one of those things that's been brewing at the Cupertino, Calif.-based tech giant for several years, but now looks ready for prime time.

This is an industry poised to grow exponentially, from $133 billion last year to $626 billion in 2018, according to one estimate by Goldman Sachs (NYSE: GS).

This is the nascent mobile payments industry – in other words, people using their smartphones and tablets not just to shop for things, but to pay for things.

And AAPL already has most of the pieces in place to dominate this industry.

Apple Has Already Laid the Groundwork

First of all, we know AAPL is interested in this. 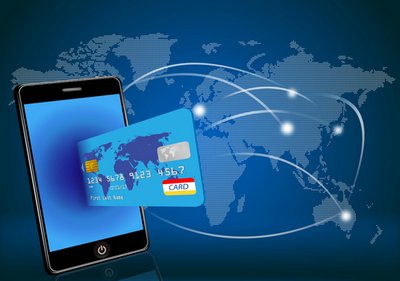 "The mobile payments area in general is one that we've been intrigued with," Apple Chief Executive Officer Tim Cook said in the company's January earnings conference call. For secretive Apple, such a statement is the equivalent to posting a 50-foot-tall flashing sign in the middle of Times Square.

And we've seen the incremental progress toward a mobile payment strategy the company has made over the past couple of years.

One of the biggest: The Touch ID feature introduced on the iPhone 5s last year that provides a secure, one-click solution to making payments with a mobile device. Expect that feature to migrate to many more of Apple's mobile products this fall.

Back in April, news leaked that Apple was hiring high-ranking executives to run a mobile payments operation.

And then there's iBeacon. Many top merchants, including Macy's Inc. (NYSE: M) and Target Corp. (NYSE: TGT), have adopted the technology, which uses Bluetooth Low Energy (BLE) transmitters to create a "zone" in which people can have data beamed to their device based on where they are in the store.

But iBeacon could also serve as a mobile payment platform. Customers could use the iPhone's camera to scan the barcode on each item and then press the Touch ID button to pay for it.

The user would need to have a payment mechanism set up on the phone, of course, which would probably need to be linked via its Passbook app to a credit card account.

That's another base AAPL has covered. The company already has about 800 million customer accounts at the iTunes Store. By comparison, online retailing giant Amazon.com (Nasdaq: AMZN) has fewer than 250 million.

And now Apple is supposedly in talks with several credit card companies – Visa Inc. (NYSE: V) in particular – about coordinating on a mobile payment platform. A report a few weeks ago on The Information claimed the companies have already reached a deal.

A marriage between two heavyweights like Apple and Visa – big, highly visible names that many customers already trust – could greatly accelerate the adoption of mobile payments, and put both companies in a strong market position.

And there could be a ton of profit in this for both companies. Here's how that will work…