GoPro Inc. (Nasdaq: GPRO) launched its successful IPO on June 26. The stock closed up more than 9% from its opening price. And it's up nearly 24% since then.

You may have heard about it...

The action sports video camera company was only one of the biggest tech stories of the summer - and the story behind GoPro is the kind of classic American tech success that makes being a part of Silicon Valley so exciting.

As an individual investor, you probably couldn't participate in the GoPro initial public offering... or any IPO. And maybe you're thankful for that - if you had invested at the wrong time, you easily could have lost nearly 22%. 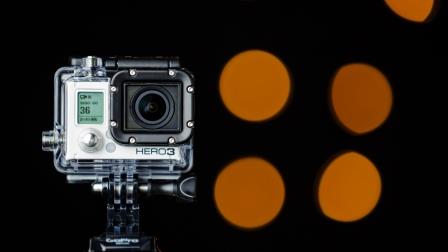 However, my 30 years of Silicon Valley experience tell me that the best investments usually aren't the big-name companies whose products line store shelves - but the "pick and shovel" plays... the little-known firms that act as suppliers for the big boys.

And here at Strategic Tech Investor, I told you about a major GoPro supplier more than a year ago. It's less volatile and has offered us months and months of market-beating performance.

We've already made 100% gains with it. And I think it could double your money yet again in the near future.

Today I'm going to tell you how you'll get there...

The Video Star Behind GoPro

I introduced you to Ambarella Inc. (Nasdaq: AMBA) just about a year ago. And if you haven't cashed in with this video semiconductor developer yet, I encourage you take a good look.

It's a big hit in three rapidly evolving and growing technologies: wearables like GoPro, the smart home, and ultra-high-definition television.

Ambarella has become the go-to firm in wearable video cameras by focusing on production of low-power, high-definition video compression and image-processing chips.

And it's a great growth market to dominate. Sales of wearable sports cameras - consisting mostly of sales to GoPro - are jumping at an annual rate of 59%.

Here's why Ambarella sees such strong demand for its chips: