The Twitter stock price (NYSE: TWTR) is up more than 10% in the last week, following news that the social media company is more than doubling its advertising efforts in Europe.

TWTR announced on its blog Aug. 26 that it’s expanding its advertising network to 12 additional countries in central and Eastern Europe, citing “tremendous growth” in the area during the last year. 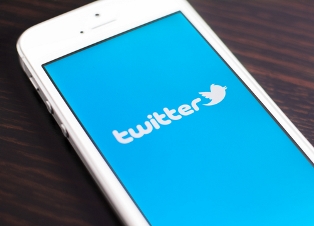 Before that announcement, the ads had been available in eight European countries. Overall, Twitter Ads are now available in 35 countries throughout Europe, Africa, and the Middle East.

“We’ve heard positive feedback from brands around the world about how our recent product developments have helped accomplish goals like driving engagement or direct-response actions like website traffic, video views, leads and sales,” the company wrote on its blog. “Since 2013, there have been significant enhancements to our suite of creative, measurement, and targeting tools…”

Ads are also a huge portion of Twitter’s revenue, accounting for nearly 90% of sales.

TWTR’s strong advertising growth was on display in its last earnings call, when the company reported revenue of $312 million in the second quarter, an increase of 124% from the previous year.

That revenue growth has been Twitter’s prized statistic since going public. In April and February earnings reports, TWTR announced that revenue had grown 116% each quarter, compared to the previous year.

But despite triple-digit revenue growth every quarter, the stock spent much of its first six months foundering.