The Tesla stock price was up more than 1% this week as details of the Tesla Gigafactory continued to dominate headlines.

After opening Monday trading at $277.62, shares of Tesla Motors Inc. (Nasdaq: TSLA) stock reached as high as $285.49 on Tuesday. By Friday morning, TSLA shares had settled slightly at around $280. 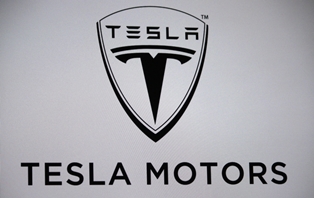 This week, Nevada Governor Brian Sandoval signed $1.3 billion worth of tax breaks for Tesla. The state's tax package waived all of Tesla's sales taxes for the next 20 years, and will allow the company to operate without any property taxes or business taxes for the next 10 years.

The incentive package, which helped Nevada land the Tesla Gigafactory, will also allow the automaker to sell its vehicles directly to consumers. That has been a high-profile issue for the company, with states like New Jersey staunchly opposing that practice.

Tesla Chief Executive Officer Elon Musk announced on Sept. 4 that the company would be building the Gigafactory in Nevada, after previously looking at locations in Arizona, California, New Mexico, and Texas as well. In a tweet yesterday (Thursday), Musk said the official Gigafactory address will be on "Electric Avenue, McCarran, Nevada," which is just outside Reno.

The company's current timeline calls for construction to begin by the end of 2014. The plant should be operational by 2017, and reach maximum output capacity by 2020. At that point the Tesla Gigafactory will be able to supply power for more than 500,000 vehicles annually.

Tesla is expecting to spend around $5 billion on the construction of the factory, and will employ approximately 6,500 people at the facility.

After announcing that the Tesla Gigafactory was headed to Nevada, TSLA stock soared. Last week, the Tesla stock price reached an all-time high of $291.42. As of today, TSLA is up 87% in the last year, and 744% since the start of 2013.

But according to Money Morning's Chief Investment Strategist Keith Fitz-Gerald, TSLA stock still has a lot of room to run, even as the stock continues to trade near all-time highs...

Here's How High the Tesla Stock Price Will Go

On Aug. 19, Fitz-Gerald made a bold prediction for TSLA stock, one that caught the attention of Money Morning Members...