For months now, the SEC has been investigating whether anyone in the federal government leaked inside information to a Washington-based investment research firm. 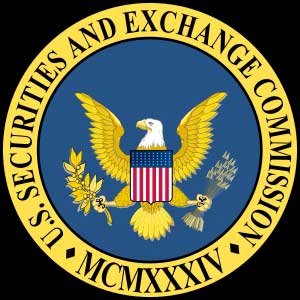 While that was pretty juicy already, those investigators are now looking at up to 44 hedge funds that may have traded on that inside information.

If you already thought our public servants were greedy, dirty, and corrupt, well, this helps prove your case.

If, on the other hand, you think our folks in D.C. are pure, altruistic angels, today I'm going to convince you otherwise...

At 3:42 p.m. on April 1, 2013, more than 150 investor clients of Height Securities were sent an email predicting that the federal Centers for Medicare and Medicaid Services (CMS) would reverse course on planned funding cuts for private insurance plans.

Based on the "prediction," the Wall Street hedge funds now under investigation bought shares of insurance companies that would benefit if CMS did in fact reverse its stance.

And, wouldn't you know it, at 4:22 p.m. that same afternoon, the folks at CMS announced they were reversing themselves. In after-hours trading and over the next several days, insurance company stocks soared.

The SEC investigators believe the Height Securities analysts told the hedge-fund traders - immediately after the initial email was sent to Height's 150 clients - that Height's information was based on a "credible source" in the federal government.

It's all well and good that the SEC is looking into who made what on their trading. But what's far more interesting and important is who the credible source was.