It's kind of like that Kevin Costner movie, "Field of Dreams" – now that both Google Inc. (Nasdaq: GOOG) and Apple Inc. (Nasdaq: AAPL) have built a mobile-payments system, they're waiting to see if anybody comes.

With so much money at stake, it's no wonder Google and Apple are about to engage in a huge global battle over which company's e-wallet platform consumers will choose to make purchases with their smartphones and tablets.

We could wait on the sidelines to see which e-wallet consumers "come" to.

But that's not our style.

Instead, I have identified a "secret" play whose business will be supercharged no matter who wins the mobile-payments war.

Let me show you why… 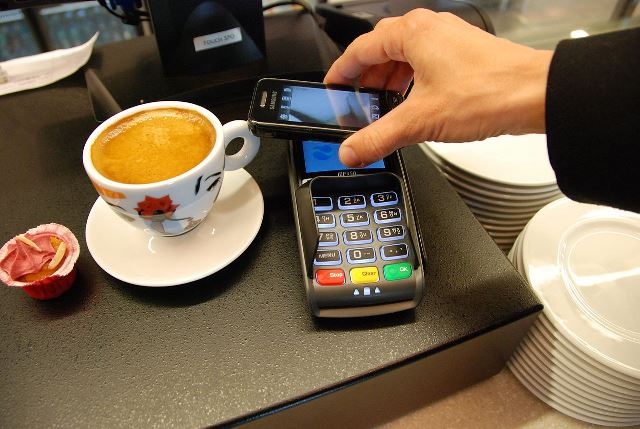 A recent report by the market researchers at comScore shows that mobile commerce is growing twice as a fast as desktop digital shopping.

Mobile commerce is when consumers use their smartphone or tablet to make purchases, whether with a mobile-payments system, an e-commerce system such as PayPal, or a traditional credit card. Both mobile commerce and desktop digital shopping make up the overall e-commerce ecosystem.

In this year's first quarter, according to comScore, e-commerce spending rose 12% from the year-ago period to $56.1 billion. But shopping from smartphones and tablets – mobile commerce – hit $7.3 billion, with an annual growth of 23%, a compound rate that puts the field on pace to double three years from now.

Mobile-payments platforms rely on technology known as near-field communication (NFC). This allows the close-range exchange of data using a specialized form of wireless technology. This system can be used almost anywhere a physical exchange of money now takes place.

Besides retail checkout counters, I think mobile payments and NFC tech will take hold at train stations and ball games, in parking meters and garages, and in taxis.

However, Wallet has failed to live up to Google's high expectations. In quarterly earnings statements, Google doesn't even mention Wallet's sales or use.

Last year, just two years after launching Wallet, Google announced that the executive in charge of the program had left the company to "pursue other opportunities." That's corporate speak for saying his services were no longer needed.

In launching Wallet, Google's leaders made the classic blunder I call the "Field of Dreams Mistake": They built it – and nobody came.

Google failed to nail down the support of a broad base of retailers, banks, and credit card companies before going live with Wallet.

But Apple didn't make the same mistake, as you can see…