The video streaming subscription business model that Netflix Inc. (Nasdaq: NFLX) helped pioneer is why Wall Street is so in love with the stock, but it's also why the company is a prime acquisition target. 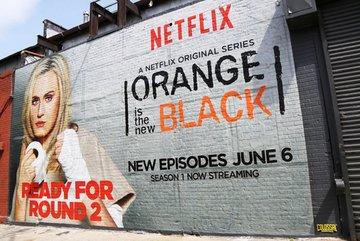 And while the company's $27 billion market cap greatly narrows the list of potential suitors, the companies with the most to gain from buying Netflix also happen to be some of the wealthiest on the planet.

We're talking about the titans of tech, each of which has cast a covetous eye on the television industry as it goes through the same transition to a digital model as did music and publishing.

Even for a company with deep pockets, however, acquiring NFLX would be a major deal. What would justify shelling out tens of billions of dollars (a premium would put any offer price north of $30 billion) to buy Netflix?

A deal for Netflix would give the acquiring company a huge edge in the battle to dominate Internet-based delivery of video content.

Netflix, you see, has quietly become the 800-pound gorilla of video streaming.

And get this: According to Sandvine Corp, Netflix accounts for more than a third (34%) of all Internet traffic in North America during the peak evening hours, a figure that has been rising for several years.

But that's not all. Netflix collects and analyzes everything that its subscribers do. And we mean everything – not just what they watch and where they watch (on a TV, a smartphone, etc.) but where they pause or rewind a show.

NFLX isn't just a master of video streaming – it's a master of Big Data, an area many consider the next great frontier of technology. If you're a tech titan, this matters. A lot.

Now here's a case-by-case look at the prospects for each of the tech giants to buy Netflix.