The Home Depot data breach is huge, and yet the general public seems frustratingly unconcerned about it.

Who should worry about data breaches?

Merchants are at risk, maybe to the tune of tens of billions of dollars. 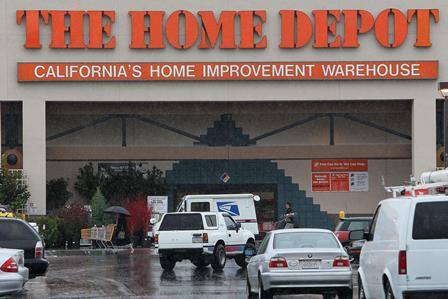 Banks are at risk. In fact, the whole financial system could be at risk.

And we hate to think about it, but the entire country is at risk.

We know that's all out there, but today I'm going to put a single data breach under a microscope.

So, put on your lab coats and let's get started...

The E-Castle Walls Are Coming Down

They're not basic anymore.

Almost every day businesses are attacked by hackers, by malware, by criminals intent on stealing proprietary information, trade secrets, and customer information. They're going after our payment card numbers, passwords, addresses - anything they need in order to steal or make money.

Corporate and government data breaches are so common now that there's a website dedicated to what's happening: www.DataBreachToday.com.

The data breaches that have garnered the most media attention recently are the Target Corp. (NYSE: TGT) and The Home Depot Inc. (NYSE: HD) thefts.

The more recent Home Depot breach dwarfs the one last year at Target. So let's zero in on what happened at the hardware giant and what's going to happen in the future.

Needless to say, the lawsuits are starting to fly.