Whatever the validity of Microsoft's grandiose claims for the next version of Windows, one major feature could have big implications for MSFT stock.

Microsoft unveiled Windows 10 on Tuesday at a special event in San Francisco.

"Windows 10 represents the first step in a whole new generation of Windows," gushed Terry Myerson, executive vice president of Microsoft's operating systems group. The new version will be such a massive leap over the current Windows 8, he explained, that Microsoft felt compelled to skip past Windows 9.

Customers ultimately will decide whether Windows 10 is a flop like Windows 8 and Vista or an enduring success like Windows XP and Windows 7; the new version goes on sale sometime next year.

To be sure, consumer reaction will affect the sales of Windows 10, which will have a direct impact on Microsoft stock.

But many suspect that a possible change to the way the software is sold - something Microsoft declined to discuss on Tuesday - could have a much more lasting impact on MSFT stock... 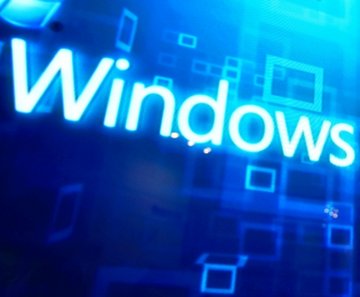 Microsoft is very likely to introduce a subscription pricing model when it officially launches Windows 10, fundamentally changing how customers purchase its flagship product.

Most people buy a copy Windows indirectly when they buy a new PC. The software is pre-installed, with the PC manufacturer having already paid the licensing fee to Microsoft. It's what's called a "perpetual license" - good for the life of the PC.

The only time such a customer would pay for Windows is if he bought a new version of Windows as an upgrade.

Under a subscription model, a copy of Windows would still be pre-installed on a new PC, but the customer would have to pay Microsoft a monthly or annual fee to keep it active.

The fee would be modest, with the possibility that certain advanced features would cost a little more.

That might sound like a rip-off at first, but it can benefit the customer as well as Microsoft...

How a Subscription Can Be Good for MSFT Stock - And You

I have been a loyal paying customer of Microsoft since Windows 3. I may be the exception, but I have ALWAYS purchased a copy of Windows to put on every new computer with a blank hard drive. I know Microsoft is a business trying to profit more. If there is an option to purchase UP FRONT (and I'll pay their prices), and have a copy of Windows that FUNCTIONS throughout the full duration of the normal support lifecycle, I'll take it. I always have. I always will. And any old computer that I might give away to a friend or relative must not turn into a money vampire because of an OS Subscription. To have a computer that ceases to function when subscription payments (no matter how great or small) stops is WRONG!!! This will NOT work like Office 365 or any other SERVICE, because without Windows, the computer…
…WILL NOT EVEN START UP!!!!!!!!!

Alright. Maybe I should calm down a little now.
…and find that copy of Linux Mint that I have lying around here somewhere.