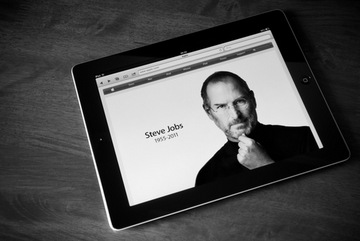 The late Steve Jobs, like other tech geniuses, was known for his willingness to be bold, take risks and defy conventional thinking.

That philosophy necessarily resulted in both breakthroughs and belly flops.

The breakthroughs were huge - really huge - from the Macintosh's graphic interface to the iPod to the iPhone. The successes not only overwhelmed the failures - they changed the world.

Oh, and one more thing - those successes also have made Apple the most valuable company on the planet.

But the late Apple Inc. (Nasdaq: AAPL) CEO's "failures" can reveal as much about how he was able to re-invent entire industries as can his amazing achievements.

So now, on the third anniversary of his untimely death (Oct. 5), to encourage any budding geniuses looking at Jobs for inspiration, here's a look at nine times Jobs didn't nail it on the first try:

What came next was not a product, but a decision, that turned out much differently than Jobs intended...