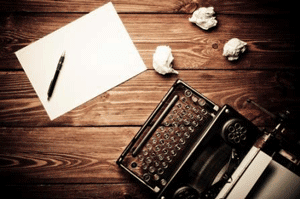 It's been a rough year.

The sheer number of recalls has been bad enough.

This year's 29 million-plus recalls are three times last year's sales of 9.7 million cars and trucks. By July, you'd issued enough recalls to account for 3% of the world's total cars.

But that's not the worst part...

The ignition issue with your Cobalt model that caused the engine to voluntarily shut off while driving may have hurt people. It's even been linked to 13 deaths. On March 12, you admitted in a news release that knew of the faulty ignition switches as early as 2001 - three years earlier than you'd previously reported.

That's why our Capital Wave Strategist Shah Gilani said "this is going to be a legacy issue for years to come" earlier this year.

Your market performance has proven Gilani's words rings true. GM stock has plummeted more than 23% in 2014, compared to a roughly 5% gain for the S&P 500. And in your last earnings on July 24, you reported an 80% drop in net income compared to a year earlier.

Those earnings got hit with $1.5 billion in charges related to recalls, plus the money you set aside to fund a compensation plan for the victims of car accidents linked to the faulty ignition switches.

Our Defense & Tech Specialist Michael A. Robinson said of Q2 that your recalls - and the money you had to set aside for them - destroyed your profit picture.

In fact, your performance this year has been particularly disappointing for Robinson. He's a 30-year veteran of tech markets and Pulitzer Prize nominee. He's also a self-described GM guy through-and-through. From the time he spent rebuilding a 1966 Pontiac Le Mans as a young boy, to his time as a young analyst covering GM in Detroit, Robinson's long been a fan of your company.

"I cannot overstate what a big role General Motors has played in my life," Robinson said in July. "So, it saddens me when I see the headlines about all the recalls this year."

This morning (Thursday), you reported third-quarter earnings ahead of opening bell.

Did you have any bright spots for Robinson and the rest of us to focus on, or was it more bad news?

The Top 3 Details in GM Earnings

Robinson's bottom line: Many on Wall Street and in the mainstream financial media are saying now's an opportunity to buy GM stock at a discount. ("Hayman's Bass Says He'd Buy General Motors at Current Levels" from Bloomberg; "Take a Bullish Chance on GM Stock" from InvestorPlace; "GM Stock's Remarkable Lack of Reaction is an Opportunity for the Forgiving and Patient" from Nasdaq, to name a few.)

But Robinson advises against joining in with talk of a turnaround. He's not yet convinced the company's truly changed - something he talks about in-depth here.

"GM's in for a bumpy ride. It hurts to say it, but if you can't buy a GM car with confidence that it's a quality product, then you shouldn't buy GM stock either."

Instead of GM stock, take a look at the wearable tech industry. IDC forecasters expect it will grow 78.4% through the end of 2018. Money Morning Defense & Tech Specialist Michael A. Robinson has long been a fan of this sector, and earlier this month, he told readers how to cash in on wearable tech with just one power play...