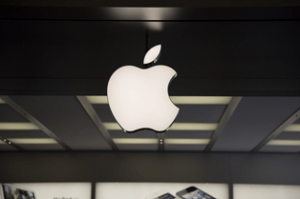 Stock market news today, October 22, 2014: Good morning. Stock market futures today (Wednesday) indicate the Dow Jones opening one point lower than yesterday's close. The Dow Jones jumped more than 1% Tuesday, adding 215 points. The Nasdaq soared more than 2% on the day, buoyed by Apple Inc.'s (Nasdaq: AAPL) strong earnings report. The Dow Jones rose on stronger corporate earnings and speculation that the European Central Bank may soon introduce new stimulus measures to beat back concerns about growth in the region. The S&P 500 Volatility Index (VIX) dipped another 11% on the day. This is the first time ever that the VIX has dropped more than 10% in three consecutive trading sessions.

The most important number to watch today - besides the Dow - is the September update to the Consumer Price Index, set to report at 8:30 this morning. The CPI is an important indicator that offers the Federal Reserve direction on how to manage monetary policy. The CPI slipped 0.2% in August, its first decline since the fall of 2012. The August figure was lower than expected and allowed Fed doves to remain loose with monetary policy and keep rates down. With declining energy and food prices, consensus expectations are for the CPI to be flat for September. Less food and energy, the CPI is expected to tick north just 0.1%.