On Oct. 17, I introduced the gold/silver ratio, a tool used to identify the relative values of these metals to each other.

In fact, I expect this ratio to head much lower, which means big opportunities in silver investing… 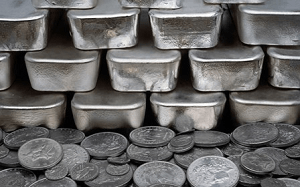 Let's take a look at the reasons why the gold/silver ratio will drop – and what it means for silver prices in particular.

The Gold/Silver Ratio Since the Financial Crisis

During the 2008-2009 financial crisis, the gold price dropped to $720 and the silver price to $9, spiking the gold/silver ratio to 80. This level had only been seen once before in this current metals bull market, which began in 2001.

Since then, there's been no lack of action, to be sure.

From the lows of $9 for silver in 2008, it steadily worked its way up to about $18 over two years. Then it exploded even higher. 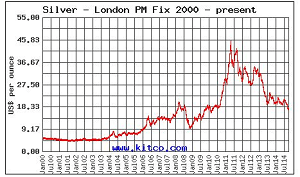 But since then silver's been in a major correction/consolidation phase.

More recently, silver has again taken its cue from gold, weakening to just above the $17 level.

But silver's future looks very bright – and here's why…