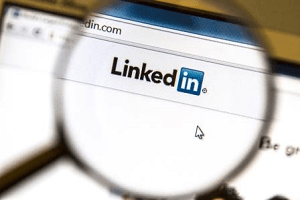 LinkedIn stock (NYSE: LNKD) is ping-ponging. Shares fell more than 5% after hours and then shot up 2.7% as investors decide how to interpret the professional networking site's third-quarter earnings, reported after closing bell today (Thursday).

We've got guidance for investors here…

"I'd like to see what's going on with cash flow – what LinkedIn's margins look like," he said ahead of the report. "Also, mobile is huge and it's going to continue to be important moving forward. I want to see the company's future direction on mobile."

With those in mind, here are the important details from LinkedIn's earnings report:

"Right now, we're in suspended animation with this market," he said. "When you miss expectations even by a penny, your stock suffers. So I'm mostly concerned with guidance for the quarter ahead."

And today, LinkedIn's Q4 guidance was not as strong as we wanted to see…