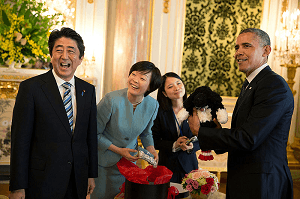 What moved the Markets: Japan's central bank announced it will engage in widespread stimulus efforts to stave off deflationary pressures. The Bank of Japan announced plans to hike purchases of government bonds and long-term bonds. The central bank also said it would triple purchases of exchange-traded funds and real-estate investment trusts. What surprised many observers did not surprise Money Morning Chief Investment Strategist Keith Fitz-Gerald.

"Am I surprised? No. Is everybody else? Yes," Fitz-Gerald said. "I have been a lone voice in the wilderness on this for a long time and telling investors that exactly this would happen."

Fitz-Gerald recommended betting against the yen in February 2012 - eight months before the likes of George Soros, David Einhorn, Kyle Bass, and Daniel Loeb got in on the trade.

Most notable economic news: This morning, the October reading for U.S. consumer sentiment hit a seven-year high. The Thomson Reuters/University of Michigan's final October reading hit at 86.9, as positive momentum continues from September's 84.6 reading. The economic indicator is a gauge of personal financial expectations and economic optimism.