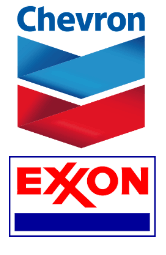 This morning (Tuesday), stock market futures suggest an open 24 points below Monday's close as oil prices continue to fall on a rising dollar and the announcement that Saudi Arabia will slash oil prices to the United States. On Monday, markets retreated after the Dow Jones and the S&P 500 both reached record intraday highs as oil stocks and materials slipped after a sharp decline in oil prices. The decline in oil prices is weighing heavily on oil super majors. Shares of Chevron Corp. (NYSE: CVX), Exxon Mobil Corp. (NYSE: XOM), and BP Plc. (NYSE ADR: BP) are all down more than 1% in pre-market hours.

Today is midterm election day, meaning American voters will decide how Democrats or Republicans will share power in Congress over the next two years. Our Chief Investment Strategist Keith Fitz-Gerald says we can expect a modest rally if the GOP takes the Senate. However, the S&P Volatility Index (VIX) could rise this week if several races remain unresolved or require run-off elections to decide the fate of the Senate.

The other story to keep your eye on is the quarterly earnings report from e-commerce giant Alibaba Group Holding Ltd. (NYSE: BABA). Alibaba shares retreated nearly 1% in pre-market hours despite news that the company reported $2.74 billion in revenues, besting expectations of $2.61 billion. But while Wall Street experts analyze Alibaba's earnings per share and revenue figures, there is something much more important to look for in Alibaba's Q3 earnings report.

Here's what else you should know - including our "Money Morning Tip of the Day" - in stock market news today:

Money Morning Tip of the Day: With the end of the Federal Reserve's massive quantitative easing program, many investors are worried about the future of U.S. monetary policy. As Peter Krauth explains, the central bank's grip on managing interest rates is weakening, prompting many to worry about what happens when the jolt comes. But if you're worried about what happens when rates start to increase, there is one step you can take to avoid crisis in your portfolio.