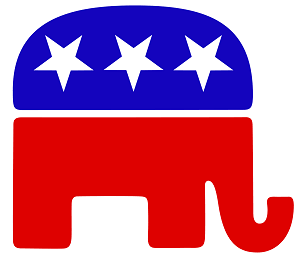 The stock market surged Wednesday on news the Republican Party will control both chambers of Congress in 2015.

The GOP picked up at least seven Senate seats during the election, with three spots still uncertain. The GOP will also gain 14 to 18 seats in the House of Representatives.

Republicans now control the budget and the legislative pen. While several Democratic votes will be necessary to pass new laws, here are five investment areas that will prosper after the GOP Congressional Wave.

While the U.S. economy was the top issue for 2014, Republicans campaigned against the Affordable Care Act (a.k.a. Obamacare).

The GOP successfully tied several Democratic senators to U.S. President Barack Obama's agenda. This particularly includes those who cast a fateful vote in 2010 for the healthcare law.

Despite dozens of recent House bills to undo the law, a full repeal of the healthcare law is highly unlikely. As President Obama has the right to veto any bill, Congress will aim to surgically remove unpopular provisions that hurt the economy or the healthcare sector.

One such provision is the Medical-Device Excise Tax. This tax carves out 2.3% of the gross income of medical technology sales in the United States.

It affects hundreds of small companies and has limited larger companies' domestic sales compared to their international profits. Right now, repeal has widespread support, even from a number of Democrats who supported its passage.

Senate Majority Leader Harry Reid supported the tax and avoided a vote on the matter. With Reid losing his position, expect the GOP to move quickly.

Places to Invest After Midterm Elections, No. 2: Energy Infrastructure Stocks

One of the most frustrating political footballs in the past six years has been the Keystone pipeline.

Even though the Obama administration provided permits to numerous cross-border pipeline projects between the United States and Mexico, the Keystone pipeline from Canada faced delays to appease the environmental base of the Democratic Party.

With a GOP ready to draft a bill, and a number of pro-energy Democrats willing to support its construction, President Obama will have to make a decision about the pipeline's fate.

It's even possible that Congress could override a veto on this subject.

But TransCanada Corp.'s (NYSE: TRP) Keystone Pipeline is not the only potential beneficiary of Republicans' thirst for energy production…